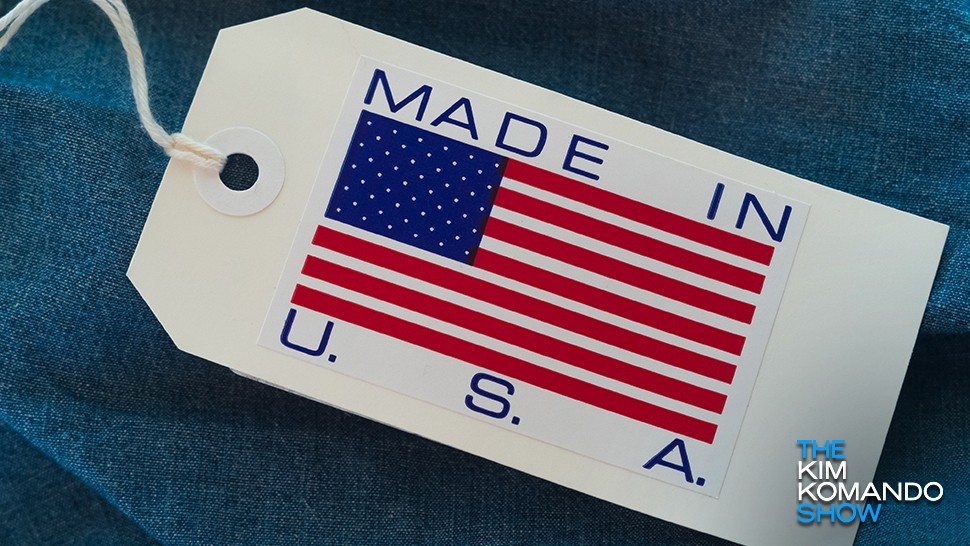 If you see the words “Made in USA” on the box of a product, you know you’re getting something good. The term itself has become synonymous with quality, with demand for American-made products spanning the entire world. Guitars, cars, guns, you name it — buying American has always been a symbol of status. But what if there was a way to make it seem like you were selling American produced goods without actually doing it?

Could you possibly get away with printing “Made in Usa” on your goods if they weren’t made in America?

According to a story that’s been trending on social media, a Japanese town by the name of Usa has been doing just that, printing “Made in Usa” on goods it produces.

Although Japan wasn’t known for high quality products after the Second World War, the country emerged as one of the biggest exporters of technology by the end of the 20th Century. So what gives?

Why would they even bother deceiving paying customers?

As it turns out, this story is another example of wild rumors spinning out of control on social networks. What’s even funnier is this particular story goes back well before the advent of the internet, having roots in the Japanese-American postwar economy as well as the earliest days of the world wide web. The truth, it seems, can sometimes be stranger than fiction.

“Made in Usa” or Made-up altogether?

As the trending story goes, a small manufacturing town in Japan renamed itself “Usa” in the hopes of deceiving importers who are expecting top-quality American goods with their shipments. This gives readers and followers of the story something to keep an eye out for, as their precious Made-in-America products may not be what they seem.

The truth, however, is that the story is entirely fictional. According to the urban legend busters at Snopes.com, the story originates from tensions and derision pointed at America’s former enemy after World War II.

Following Japan’s defeat, the country’s manufacturing centers were in shambles. To rebuild in the years after, Japan positioned itself as makers of cheap goods — many of which were sold to America, which had the strongest postwar economy. As a result, “Made in Japan” became a stereotype for shoddy workmanship.

This stigma didn’t last for long, however. Japan’s economy boomed in the 1980s, allowing the country to become a global leader in high-quality technology and products.

Sony TVs, Playstations, Toyota cars, and Blu-Ray discs are all made there now. The stereotype, unfortunately, shaped the perception for many Americans. As a result, stories like “Made in Usa” continue to trend years later.

In the case of “Made in Usa,” the story first made rounds in the year 2000 — eventually rebounding on social media nearly two decades after it first went viral.

Is Usa a real place?

Not every part of the story is false, however. Usa, surprisingly, is a real town in Japan.

Unlike the story, though, Usa is rural and not a manufacturing center. The town is mostly filled with temples, traditional buildings, and farmland. What’s more, the town didn’t rename itself at any point — and the name Usa predates World War II and comes from the landmark Shinto temple nearby.

Even still, there are some glaring omissions to the viral story. Most notably, customs require that imports print their country of origin as a label. Labeling a product with only a town of origin would be unacceptable to nearly every customs agency in the world.

This viral tale is just another example of why people shouldn’t believe things they read on social media at first glance. Many urban legends fall apart under scrutiny, but the nature of social media — with its share-first mentality — allows false content to spread like wildfire if unchecked.

In the era of fake news, propaganda bots, and deep fakes, fact checking resources like Snopes are more valuable than ever.

Despite the story being fake, the name Usa still allows for a good amount of comedy. You could easily say you’re “Back in the good ol’ Usa” when you’re visiting Japan, and potentially get a laugh out of everyone on your timeline. Plus, I’ve heard that “Made in Usa” ramen is to die for!