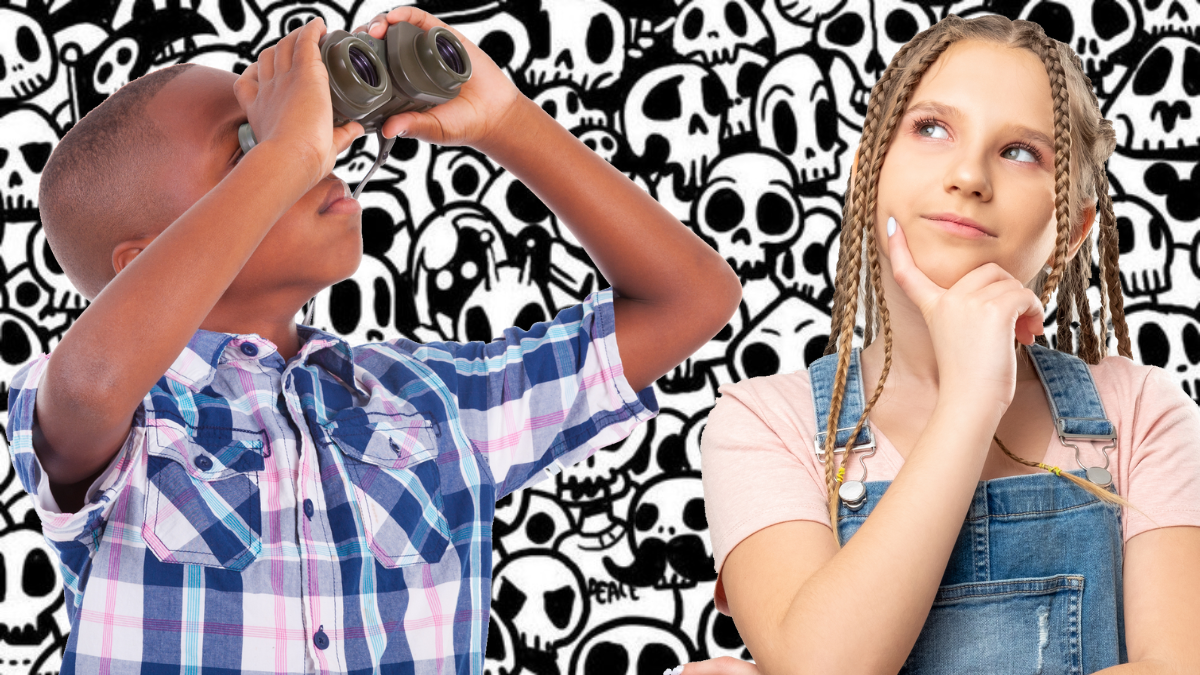 Whip out your eyeglasses: It’s time to test your eyes with a tricky black and white optical illusion. In this brain challenge, you’re looking for a figure with big eyes, a round face, and a cute little button nose. That’s right: We’re asking you to find the hidden panda.

At first, that doesn’t sound too hard. However, this image has a lot of decoys, like Darth Vader, E.T. and a whole lot of creepy skulls. Speaking of creepy stuff, did you know that your technology usage can alter your skeleton? It sounds hard to believe, but some research suggests this could be true.

Australian researchers say some young people who look down at their phones are developing a horn or spike at the base of their skulls. The idea alone is scarier than any illustration! Tap or click here for more details on how tech alters our bodies.

While you’re trying to find the hidden panda, you might spot classic characters

We spot a ton of familiar faces in this image. Try to see if you can find these pop culture icons:

There are also a few Star Troopers. If you’re a Pixar fan, you might have fun looking for EVE from WALL-E.

Take your time. There are also a ton of characters we didn’t mention in the bullet list above. For example, you might also spot R2-D2 and E.T.

Did you find the hidden panda and all of the other characters?

No one knows why pandas are black and white. What we do know is that these lumbering fluffballs have roamed the bamboo forests for millions of years. Although their strong jaws are good at whittling down bamboo, the sands of time have whittled down their population numbers considerably.

While you look for the hidden panda, you might notice how ironic it is that an endangered animal is hiding among skulls. Maybe the artist was creating a metaphor reflecting the limited amount of pandas still in the wild. According to the Smithsonian, only 1,864 giant pandas are still living in their natural habitats.

There’s so much going on in this picture! If you didn’t find the panda, I’m sure you still had fun discovering other characters. I also see a couple of pirates, some birds, and a mustache. What did you find?

Optical illusion: Spot the butterfly in this tricky image

What do you see first? This optical illusion reveals if you’re easy to fool