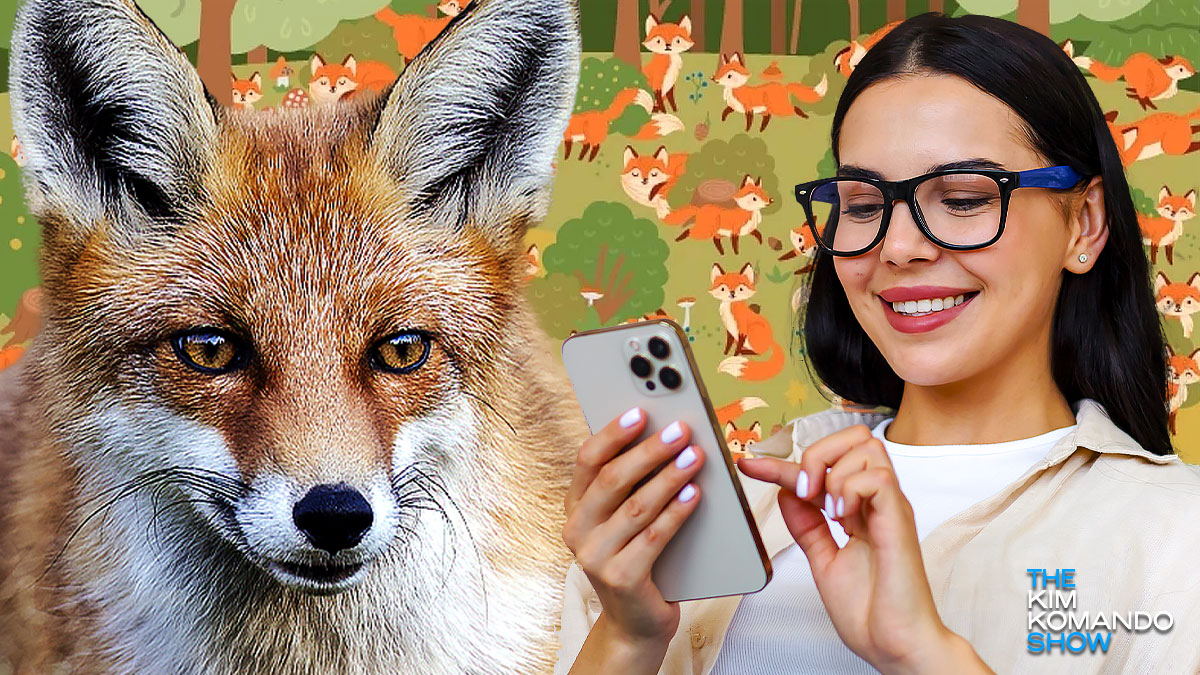 Foxes are excellent at sniffing out food and hiding places. Those who love brain teasers could learn a thing or two from their impressive perception. In celebration of National Fox Day, see if you can find the hidden foxes in these clever optical illusions.

Whether or not these brain teasers are as clever as foxes is up for debate. After all, foxes are known for being playful, methodical and shy. They hide a lot, like the many hidden faces in these seven tricky optical illusions.

Scroll down to train your brain and test your eyes. You’ll see three optical illusions, each of which has a secret dog fox or vixen (that’s what we call male and female foxes, respectively). If you can find the hidden animals, we’ll be seriously impressed.

Why we’re challenging you to find the hidden foxes

Sept. 17 is National Fox Day! This little-known holiday only comes once a year, so we’re celebrating it with a challenge. First, look at this optical illusion and see if you can find anything hidden.

Maybe you can’t find them. Perhaps you’d go so far as to say that you feel stuck in a foxhole. Either way, we circled the three hidden foxes for you:

Then again, maybe you found these foxes quickly. Try this next challenge if you’re scoffing and rolling your eyes at how easy that was. You might find it to be more of a brain test.

The following test is similar to the first, but a little trickier

As Benjamin Franklin said, “The sleeping fox catches no poultry.” If you spot the hidden fox in this optical illusion, you can tell it isn’t sleeping. In fact, it seems to be ready to pounce.

If you’re rolling your eyes and ready for a more complex challenge, here’s one more optical illusion to train your brain. Try to beat this next brainteaser.

This third fox is especially hard to find

If you’ve already outfoxed the other two brain teasers, it’s time for another visual test. Look over this image closely and see if you can spot the secret animal. Here’s a hint: Sometimes, trying to see the world from other perspectives is good.

Finding the second animal in this free brain game for adults is not easy. Most of us probably see the bird. You must flip the image vertically if you’re wondering where the hidden fox is.

Luckily for you, we did it for you:

As you can tell, the clever visual artist drew an image that can look like both a fox and a bird, depending on your perspective.

If you’re a bird lover, you’re in for a hoot. If you can find the hidden owl, you probably have 20/20 vision.

BONUS: Can you spot the blue-eyed fox among the pack?

In most of these pictures, the foxes hid in the background. But in this next optical illusion, the foxes are the center of attention. That’s right: We’re putting a new twist on this challenge.

In this next colorful and whimsical optical illusion, you need to analyze the crowd of foxes. One fox is different from its pack because it has blue eyes. Can you spot it?

Don’t feel bad if you couldn’t find it. After all, foxes have a well-earned reputation for being clever. They’re especially good at hiding, so it’s understandable if the blue-eyed fox hid too well.

Did you enjoy trying to find the hidden foxes? Test yourself with these brainteasers next

Brainteaser: Are you visually intellectual?

If you can beat these five brain teaser word puzzles, you’re a tech genius

Test your eyes: 99% of people can’t find the hidden words in these tricky optical illusions