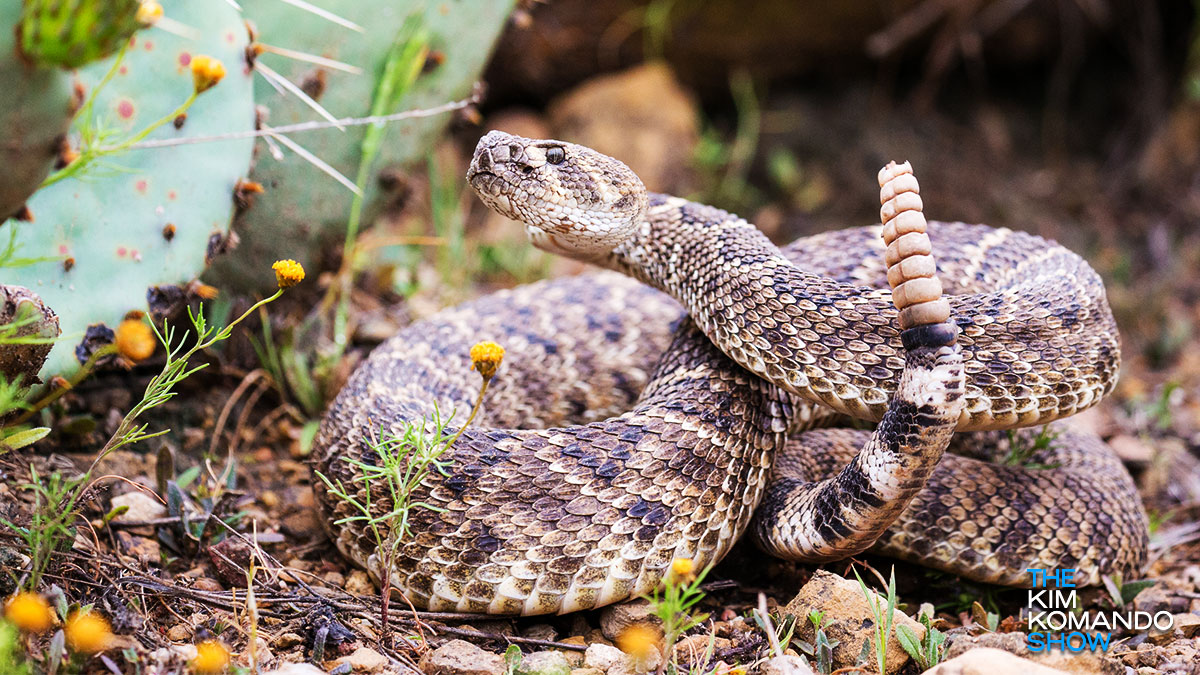 For several days, the summer heat has been well over 100 degrees in Arizona and will have rattlesnakes seeking cooler shelter. An image went viral this week that was posted on the Arizona Snake Identification and Questions Facebook page.

This image shows a garden of desert plants, cactus, and rocks.

Bryan Hughes, an administrator on the 13,000 member Facebook group posted a photo of a western diamondback rattlesnake who is hiding amongst the plants and rocks. Can you spot the sneaky snake?

Are you able to spot the hiding rattler?

Many people commented on the post as they were confused as to where the diamondback could possibly be hiding.

Hughes offered clues to see who could spot this venomous snake in the photo.

Western diamondback rattlesnakes, also known as Crotalus atrox are heavy-bodied snakes with triangular-shaped heads. There are two dark diagonal lines on each side of its face running from the eyes to its jaws. They also have dark diamond-shaped patterns along their back. The tail has black and white bands just above the rattles.

So where is the snake in the photo?

Hughes points out that the snake is located dead center, coiled up in the shade of an agave plant. Here is the image again with the hidden snake circled:

The photo was taken by Hughes’ company, Rattlesnake Solutions. This Arizona-based snake removal operation deals largely in venomous reptiles. It captures the snakes and moves them unharmed to wilderness areas.

What else should you know about these venomous reptiles? These reptiles are pit vipers, which means they have a heat-sensing pit (loreal pit) located behind each nostril that can detect differences in temperature, and sometimes these differences are only a fraction of a degree apart. The heat given off by an animal is detected by the snake helping it to determine predator from prey.

Western diamondbacks are a species known to range throughout the southwestern U.S. (Arizona, California, New Mexico, Oklahoma and Texas) and the northern half of Mexico.

What should you do if you encounter one? Leave it alone. Often, these reptiles look for cooler places to hide and you don’t want to disturb them. With the heatwave going on for the last few days throughout the state, they will turn up in places you wouldn’t normally expect them to be in.

Throughout Facebook, there have been instances where people have encountered diamondbacks in places such as their backyards, carports and sometimes under their patio furniture.

This solar generator can power appliances and tag along on trips – Is it worth it?