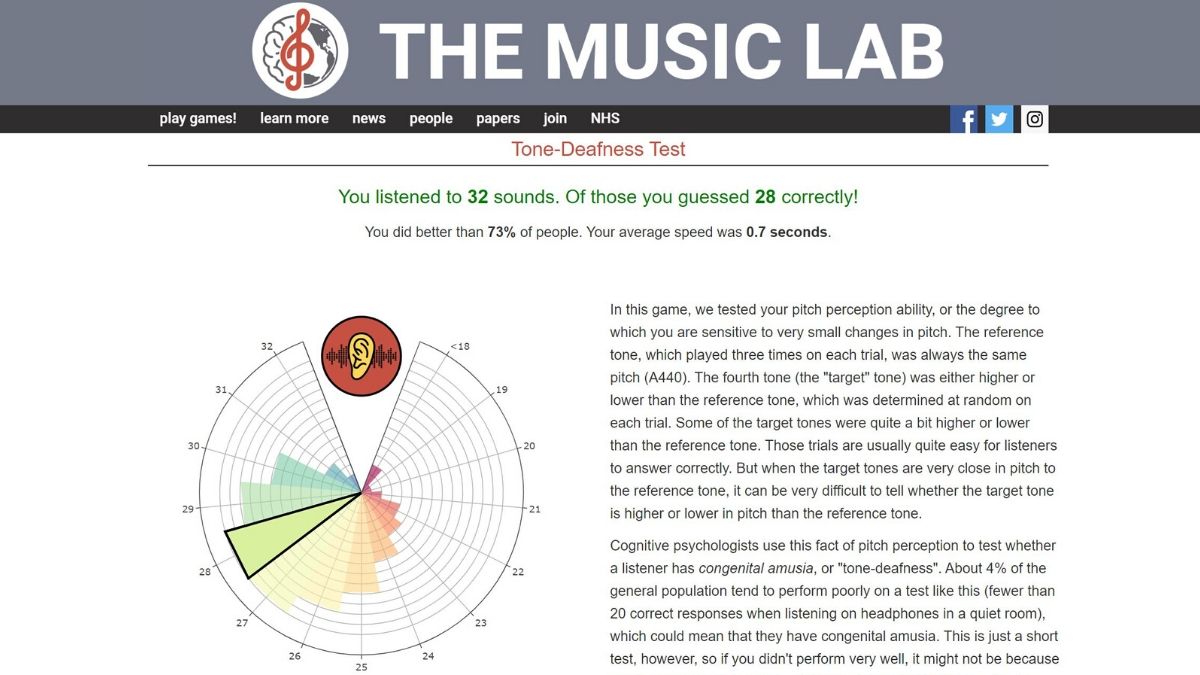 Let’s face it: Some people are born with natural musical abilities, and some aren’t. But you probably shouldn’t tell your tone-deaf spouse that the cats yowling on the back fence sound better than their version of the Star-Spangled Banner.

Suggest a tone-deafness test from The Music Lab instead. This online quiz accurately tests musical skills in about 10 minutes.

It’s part of an experiment being conducted by researchers at Harvard studying how the mind works. Specifically, they’re investigating how people make sense of what they hear. So far, more than 780,000 people have played.

Here’s how it works: Grab a pair of headphones, then answer questions about the sounds you hear. First you’ll decide which sounds are loudest to calibrate your speakers, then the tough part begins — deciding whether you’re hearing a pitch that’s higher or lower than the sound before it.

It starts relatively easy but gets tricky. Don’t worry, we missed a few too. Those 1/32nd steps are tough to discern.

You can then answer a few anonymous questions to help out Harvard’s research team. Answers will be stored securely, and you’re really not giving away much in the way of personal info.

Online quizzes always come with a little risk, but this is a lot safer than those random sites floating around the web or even Facebook.

Once you finish that game, there are others to play, too. A world music quiz, synthesizer game, musical style test and a handful of others. Have fun!