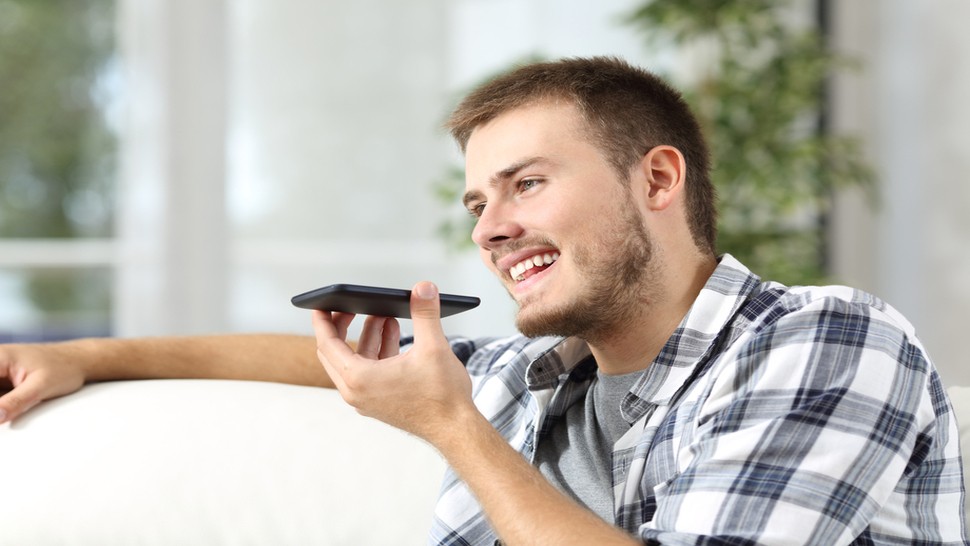 If you’re like most people, you take a lot of notes — both at work and at home. And sometimes, a voice-powered note-taking app is a superior choice compared to one that requires typing on a touchscreen, using a digital stylus or jotting things down with pen and paper.

After all, a voice transcription app allows you to take notes while driving and saves you from getting the wrist fatigue that commonly happens after a day at a desk job.

Some voice transcription apps also learn your vocal tendencies and most-used words to correct misheard words on the fly, preventing you from having to go back and make edits.

If you often feel there’s not enough time in the day to get everything done and know writing takes a lot of time, voice transcription apps have clear advantages.

Now that you know why voice transcription apps are worthwhile, let’s look at three that are superb for boosting on-the-job efficiency, and three that are ideal for your personal life.

If you hate taking notes during a call and frantically typing while trying to hang onto every word a person utters, an artificial intelligence-powered app called Tetra could help. It works with an iOS-compatible dialer tool and uses intelligent language recognition to understand what you say, then converts words into text documents and sends them to you, sometimes only minutes after a call.

There’s also a search feature that allows you to retrieve information about certain segments of a conversation. Buy Tetra for a monthly rate of $9 to $99 per month, depending on usage.

However, if you’re just using the app for you and not, say, for a bunch of people you work with too, you likely won’t find yourself paying much more than $9 per month. This plan also includes five hours of transcribed calling each month and unlimited AI-based notes. The higher-priced plans simply include more hours of transcribed calling, which you likely only need if your job requires you to record calls often.

Use this free iOS app and reportedly achieve speeds up to five times faster than typing. An excellent productivity booster, the app assists you while writing emails, sending text messages or using word-processing apps on an iPhone or iPad. There is also a clipboard feature that allows you to dictate paragraphs of text and paste them into anything.

A graphical interface verifies the microphone is picking up your voice and that you’re speaking loudly enough. When the app misunderstands something, a suggested words list simplifies making fast edits.

This app works on both the Android and iOS platforms, and one version of it recognizes advanced medical terminology. Thanks to online and offline modes, you can use it seamlessly throughout the workday. File transfers occur across Wi-Fi or data networks, so you’ll have a running record of all dictations. It’s also possible to edit and overwrite audio files as needed.
Athreon is a premium app, and prices vary depending on the type of dictation app required, as well as the estimated usage. For more details, you can request a quote from the company.

This Android app comes as part of the standard offerings on Samsung Galaxy S8 and S8+ phones. It’s not yet available as a standalone download, but maybe in the future, based on the availability of similar Samsung products. Bixby is a powerful dictation app that can take care of other tasks for you, too. The dictation functionality works in any app that uses Samsung’s keyboard, making it extremely versatile.

Switch back and forth between voice and text modes with the Bixby button on the side of the phone. The voice-recognition technology can also alter settings on your device and create shortcut commands that allow you to access dictation-ready apps even faster.

Alexa is Amazon’s personal assistant app, and the Android and iOS versions let you use your smartphone to enhance Alexa’s features, which include making grocery or to-do lists with any Amazon gadget that recognizes Alexa, such as the Echo or Dot. Prices for those tools start at $44.99.

Fully unleashing the power of Alexa’s dictation capabilities is even easier with an app called IFTTT — short for “If This, Then That.” By using IFTTT, you can write short emails or compose text messages to friends.

Ideal for those hectic days when you’re dashing around town running errands, Speechnotes empowers you to start dictating right away without having to log in or register.

Just touch the microphone icon after downloading and launching this free Android app. Use the automatic capitalization and punctuation modes to avoid embarrassing blunders that might reveal you’re using a text-to-speech tool.

And if you’re going to store all of those voice files, you need to backup all of your critical data. We recommend our sponsor IDrive.

With IDrive, you can backup all your PCs, Macs and mobile devices into ONE account for one low cost. Also, it has recently added a new feature called Snapshots.

Snapshots is a historical view of user data stored in IDrive accounts, which allow users to perform point-in-time recovery of their critical files. If user data get infected with encryption based ransomware, all they have to do is select a timeline before infection and restore it. Go to IDrive.com and use promo code Kim to receive an exclusive offer.

Click here and remember to use promo code Kim to receive 50% off.

If piles of notes plague your life, a transcription app might be just what you need! Give one of these a try today.

Or, to learn about other productivity apps, keep reading!