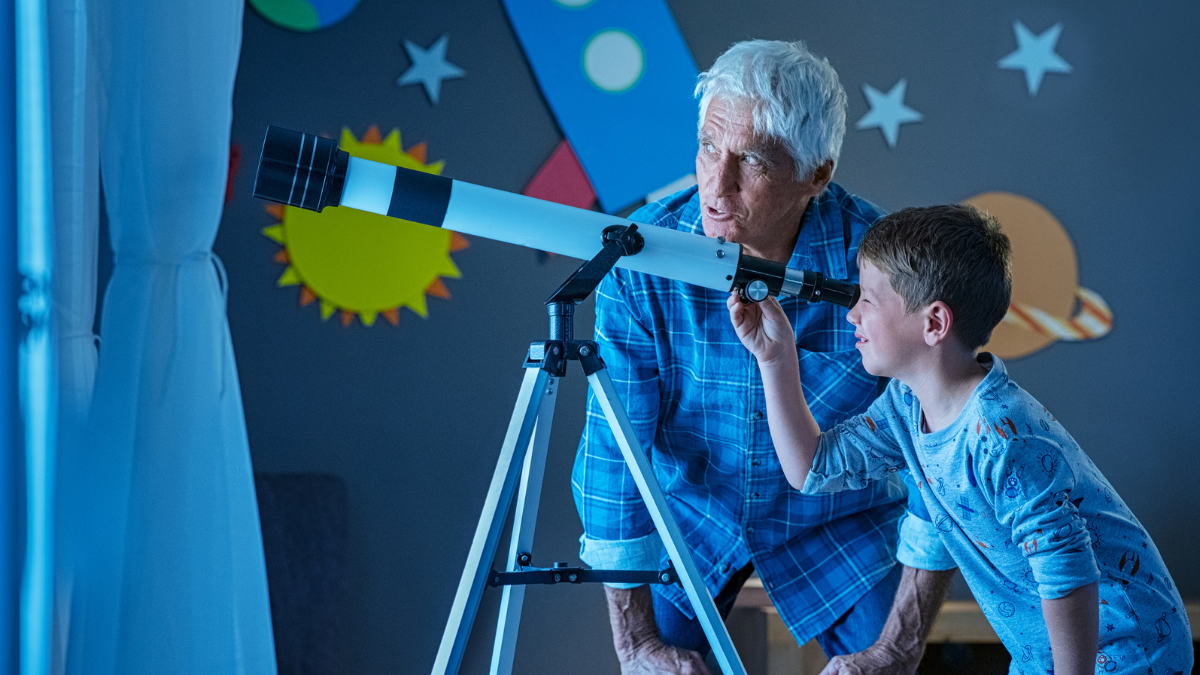 There’s nothing like looking up at the night sky just to enjoy the dazzling stars. Tap or click here to find the best place to stargaze near you. Astronomy apps like SkyView can make the night even better.

Looking up at the bright stars against the dark night sky is enough to bring a warm and fuzzy feeling. But there’s a good chance you won’t recognize what you are seeing. Sure maybe you’ll pick out the big constellations like the Big Dipper.

You could even pick out Orion’s Belt if you’ve done some research. However, there are so many secrets the sky holds. Luckily, an app called SkyView unlocks the mysteries of the cosmos.

Firstly, it’s free for both Android and iOS. The concept behind it is pretty simple. Just open the app and point your phone’s camera up at the stars.

Then, your screen reveals what is in the sky. You’ll learn about notable stars, constellations, satellites and planets. Plus, it has vivid illustrations that help you understand the sparkling constellations above.

Best of all, everything is clearly labeled. Even if you have bad eyesight, you can see everything easily. Tap or click here for a few vision training apps that can help your eyes.

This app will make you feel like an expert astronomer. It gives you a better picture of what is in the sky above. You can either learn the secrets of the stars for yourself or to impress your friends. Either way, you won’t be disappointed.

The app will identify what’s in the sky at night and during the day, and can even locate celestial objects while you are indoors (though we aren’t too sure of why you would want to do that). If you want to find something specific you can do that too, using the app’s search function.

People have downloaded SkyView Lite more than 9 million times on iOS alone. Plus, it earned the title of Google Editor’s Choice in 2017.

Upgrade to the paid version of this otherwise free app

Like many apps these days, SkyView is free but offers extra features if you want to pay.

For iOS users, that means an Apple Watch app, a widget that displays the day’s brightest objects, all in-app purchases that are otherwise available and even more objects that can be discovered.

With Android, the paid version provides a comprehensive database of thousands of stars, planets and satellites with interesting facts to accompany them.

If interested in either expanded version, the cost for both Apple and Android is $1.99.

We may be alone on this little blue dot — or we may have company far away. The nation’s top scientists sure seem to think there’s intelligent life outside our solar system. They say there’s a lot of pure science backing them up.

Kim heard these claims and had a few questions. She called up Senior Astronomer Seth Shostak about the high-tech tools scientists are using to prove their theories.

In this podcast episode of Tech You Should Know — now renamed Kim Komando Today — you’ll learn why scientists are certain they’ll discover proof of aliens within the next 20 years. Give it a listen: