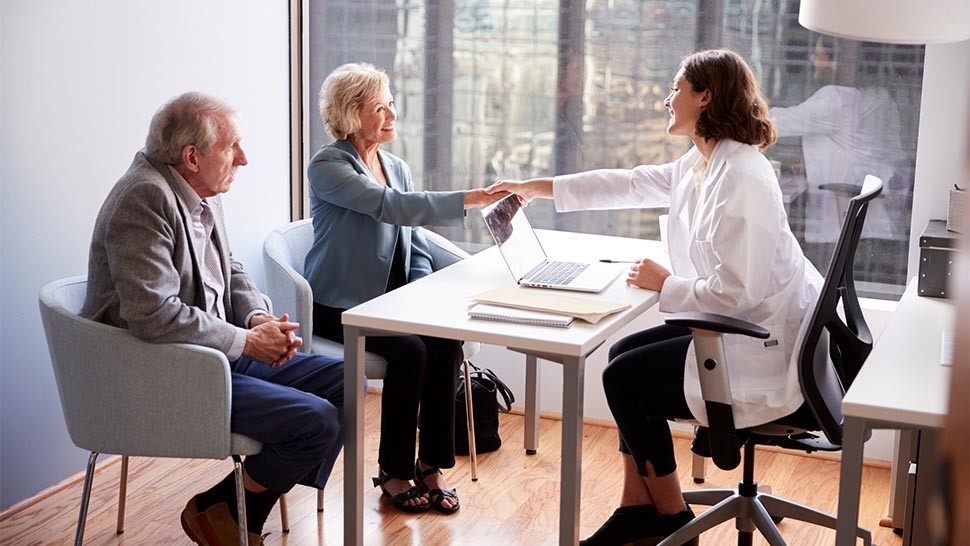 Regardless of whether it’s you or a close relative who has been diagnosed with a serious disease, it is important to understand the information a doctor is giving you. With consultations lasting only 20 minutes or so, it is difficult to digest what is being said, much less understood.Then there is the issue of updating family members about what the doctor told you. If you can’t understand or remember everything, how are you expected to pass that information along?There is a solution. On the May 18 episode of The Kim Komando Show, Kim spoke to David Weekly. He has created a new app to help you record the information the doctor is relaying to you and share it with members of your family.

After starting an account with Medcorder, you can create a chat room to include anyone who wants to be kept up-to-date on a family member’s medical condition.When you visit your doctor for an update, open the app and ask the doctor if you can record the conversation. You can then save the conversation to the cloud so you can listen to it again later. You also can post the recording in your chatroom and members of the group are alerted via text that there is an update available. You can listen to it together or individually as time permits.Medcorder was created by Weekly, whose two previous software programs were later sold to Google and Facebook. But Medcorder is especially close to his heart. Weekly said both of his parents died of cancer and his brother is a cancer survivor.Weekly understands how bewildering the medical process can be to patients and their families.“The doctor comes in for 20 minutes and provides you with a dense amount of information that you may not remember or understand. It’s not like he gave you a pamphlet that you can read and digest,” Weekly told Kim on her show. “Plus, there is so much nuance in the conversation that you may not be able to relay to loved ones. We have to capture this so we can take full advantage of the consult.”Medcorder now also provides free transcripts of your conversations with doctors. In addition, the app keeps all texts, recordings, photos and medical reports that you want to share in chronological order for other members in your group to review. It’s also a good way for a family to support and comfort each other during a troubling time.Medcorder is a free mobile app available for iPhone and Android.Watch and listen to The Kim Komando Show every Friday. Also, join Kim’s Club and you can access past episodes of the program 24 hours a day, seven days a week. You can also find promo codes for great deals from our sponsors.
Download for Android – Free
Download for iOS – Free