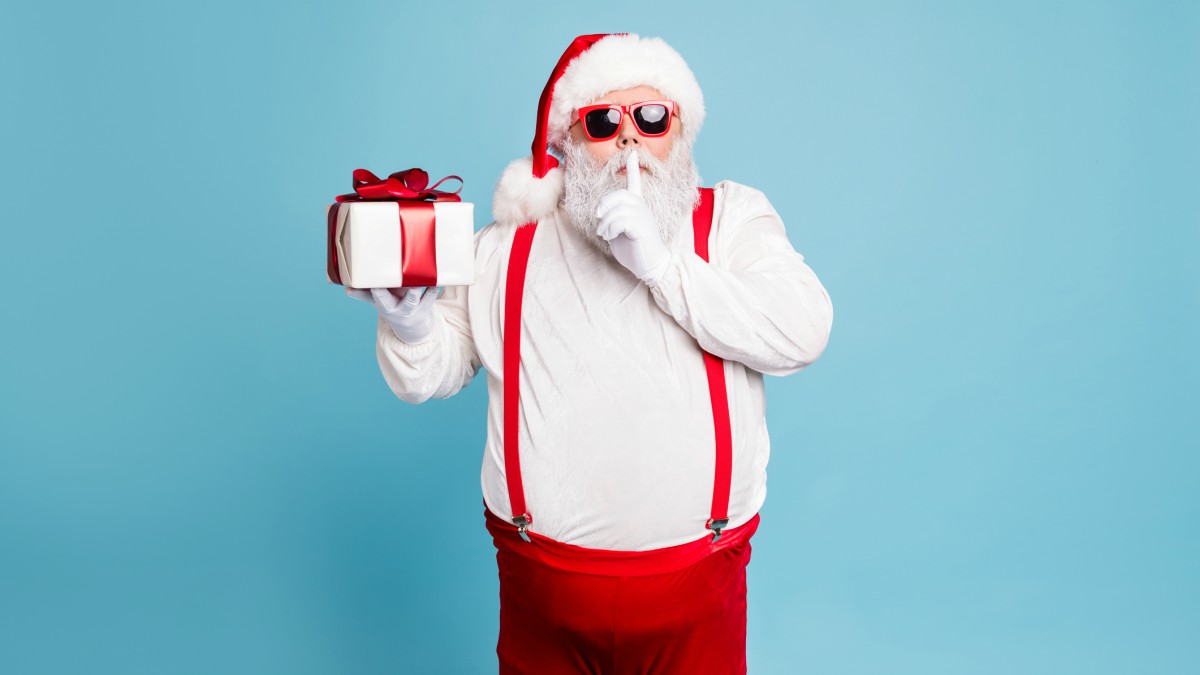 Maybe your office has one annually to get everyone in the festive spirit, or maybe you have a ton of family members and this is the most affordable way to make sure everyone gets gifts. Whatever your reason for setting up a Secret Santa, exchanging gifts anonymously is fun, but organizing them can be a pain.

If you’re not familiar, a Secret Santa gift exchange is where everyone gets assigned a person to buy a gift for. You can know your recipient well, or not at all — that’s the fun of the exchange — and gifts are given anonymously.

Like with a White Elephant exchange, there’s usually a budget for the gifts, but unlike a White Elephant, whoever runs the Secret Santa has to make sure no one buys for themselves, and that wish lists get filled out and distributed to the right people. Tap or click here for 15 wacky White Elephant gift ideas.

In other words, a Secret Santa is fun but can be a logistical nightmare for whoever is organizing it — or at least it was. With help from the internet, there are hundreds of sites where you can organize a Secret Santa, and we have 5 especially good ones to tell you about.

We’re starting this list with one of the best — Elfster. Elfster is free to use and easy to set up. Just sign up for an account and invite people via email or signup link, over social media sites WhatsApp or Facebook Messenger, and you can also send participants a link via text if they use the Elfster app.

RELATED: These phones to stop supporting WhatsApp by the end of the year

Once people have joined, Elfster assigns each person a Secret Santa. The app includes a “Draw Restrictions” tab the organizer can use to make sure people don’t get assigned particular participants, like their spouse or an ex.

Everyone who’s signed up can also create a gift wish list, so if anyone draws someone they don’t really know, there’s a list to rely on. Even for people who know each other well, a wish list can be a saving grace.

Elfster is cute and cartoon-y without being childish, and it makes a Secret Santa exchange easy as long as everyone in the group fills out their profile. If this is the first Secret Santa you’re organizing and you have eager participants, Elfster is the app for you.

If you know your group won’t fill out their wish lists, and you’re a Secret Santa pro, you might prefer a simpler site that allows different kinds of customizing. Keep reading for more options.

If you’re looking for a more cut-and-dry site with a nondenominational, casual feel and simple functionality, this could be the site for you.

The least cartoon-y version we’ve found for Secret Santa is DrawNames, another entirely free pairing generator. Like Elfster, DrawNames lets you pair people while preventing anyone from drawing their own name, and you can still stop certain pairings from occurring.

There are also wish lists, and the site can be viewed in English, Spanish or French if you have multilingual participants.

DrawNames invites participants exclusively through email, which makes it perfect for an office Secret Santa.

Want to know someone’s favorite color or TV show? Or maybe you need their shirt or shoe size? You can anonymously message your Secret Santa giftee through the site. This feature is what makes DrawNames stand above the crowd.

Speaking of nondenominational, if you want to run a Secret Santa that doesn’t lean so heavily on Christmas themes, the Secret Santa Gift Exchange app lets you customize your event. There are generic Thanksgiving and more specific themes, such as Hanukkah.

The customizable settings can help you be more inclusive with your participants, or just make your Secret Santa into a “Covert Cranberries” or “Mysterious Maccabi” exchange. It’s also great if you want to do an exchange outside December.

Secret Santa Gift Exchange also has an easy way to set budgets for the group; however, the group is limited to 6 participants per event. To have as many participants and events as you want, you’ll need to pay $5 for the full version.

Unless you’re running a ton of Secret Santas for a bunch of different holidays and people, it doesn’t seem worth it with so many great free sites and apps out there. But if customization and providing a neutral-themed gift exchange is important to you, this app is the right fit.

Sorry Android users, this app is currently only available for iOS.

Giftster is a site and app where you and your loved ones can make lists of your gift preferences and share them with one another. The lists work year-round, so you can get people what they really want for birthdays, as well as winter holidays and “just because.”

Giftster has a Secret Santa organizing tool that allows you to create a gift exchange with an existing Gifster group or by starting a new one. The point of Gifster is the wish list function, so for a Secret Santa where people would rather guess who got their names than worry about what they’ll get, this is perfect.

For those who like to shop or love gag gifts, Gifster might be limiting, so it depends on your participants’ preferences.

We want to end this list with the most user-friendly site we could find — appropriately named Secret Santa Organizer. It’s got cute cartoon designs, is free and you can set things up right on the homepage.

There’s a wish list function, but people can also do the bare minimum of clicking the email they’re sent, and they’ll be automatically paired with someone. You don’t get to control who draws what name, but you can keep track of who’s participating.

If you don’t need, or want, all the bells and whistles, Secret Santa Organizer is a site that’ll draw names for you and give people an option to provide wish lists.

All of these sites do the same basic thing — take a list of names and randomly assign them so you can host a Secret Santa exchange without tracking people down to pick names out of a hat.

The other features, like the creation and sharing of wish lists, customizing budget limits, anonymous messaging and themes all come down to preference. So let these Secret Santa tools help you have a better holiday season!