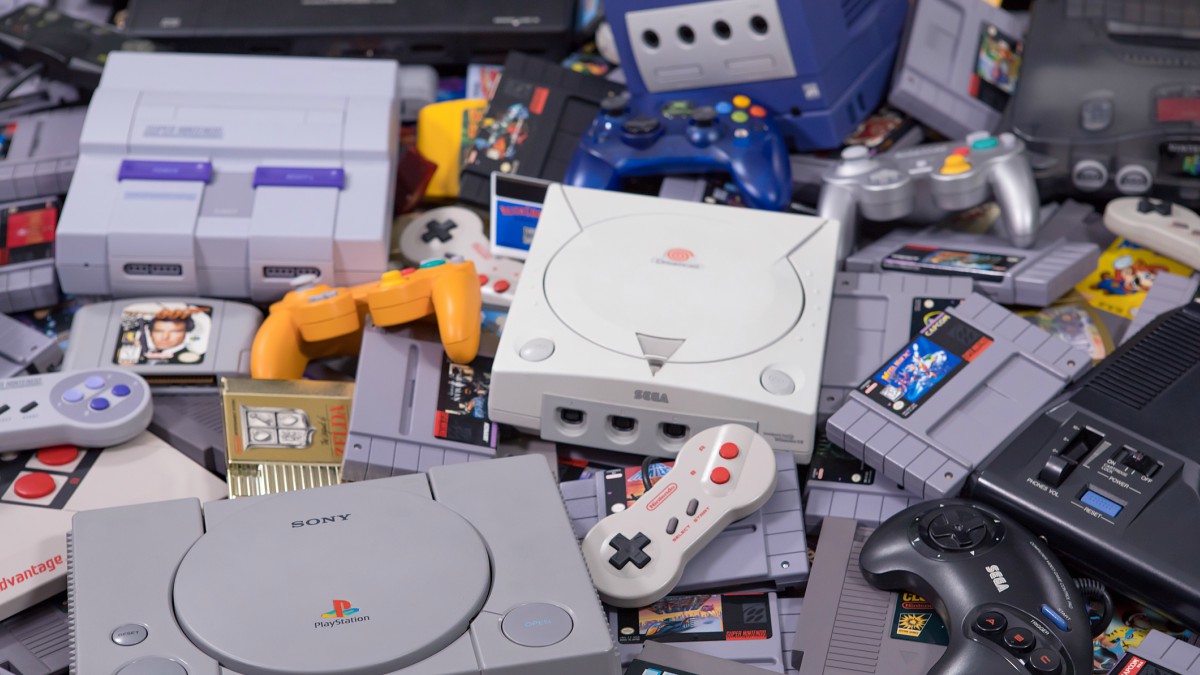 True collectors are fascinating people; they’re smart and persistent. As time goes on, everyday objects fall out of fashion and then, years later, clever collectors swoop in. Example: A one-cent postage stamp from British Guiana worth about $10 million.

Scouring the auction sites is a good way to find valuables and evaluate treasures. eBay is the big dog, but be smart. Tap or click here for 5 sneaky eBay scams to watch out for.

When you’re ready to look beyond eBay, I have you covered with links to government, law enforcement and Department of Treasury auctions. Tap or click here for the direct links for 5 auction sites you probably never heard of.

Pore through your attic, and you may be grateful you never unloaded certain game consoles. That old computer may have stored only 100 kilobytes of data, but it may fetch an astonishing price. For vintage technologies from a bygone age, they sure are hot commodities. See how much the best-sellers are going for.

Because they were mass-produced back in the 1980s, most people didn’t know Nintendo cartridges would be worth much in the future. Recently, a collector sold a copy of the original Nintendo Mega Man video game for $75,000. A rare Super Mario Bros. game was also purchased for more than $100,000.

If you have a Nintendo game sitting in your attic that’s never been opened, or another gaming console, you may be in luck.

The Atari 2600 videogame system launched in 1977 and was a huge hit. It sold millions of units over the years, and you probably had one if you were growing up at the time.

The game console isn’t a rare item that fetches tons of money — unless of course, it’s still factory-sealed. And certain copies of games can bring in thousands of dollars.

RELATED: Keep looking. You won’t believe how much your old toys could be worth.

The rarest game is Red Sea Crossing, and it was recently valued at more than $10,000. People didn’t even know it existed until it turned up at a garage sale in 2007.

Check more than garage sales and Craigslist for collectibles. Tap or click here for three sites that are better than Craigslist to buy and sell used items.

The Snow White PlayStation 2 looked a lot like the standard white classic edition, but this version has a glossy, pure white finish. There were less than 700 consoles made to be sold in each region.

If you’re lucky enough to have one on hand, now might be the time to sell. They’re going for around $1,000 on popular auction sites.

Apple released the first Macintosh computer back in 1984. It happened to be the first commercially successful personal computer to feature a mouse and a graphical user interface.

Most people froth over the latest iPhone, but collectors are already pursuing older models: A used 4GB iPhone with the original box recently sold on eBay for more than $1,000. Even better, an unopened 8GB iPhone 2G with a 2007 launch day bag sold for over $4,500.

Do you stockpile Apple products? Tap or click here for the best accessories for your new Apple gadget.

Apple introduced the first-generation iPod back in 2001 and it changed the way we listen to music. Who could forget that slick click wheel making it easy to navigate?

You can find iPod classics for sale online for a few hundred bucks these days. But those are just the regular, used versions. If you happen to have a special edition model in your collection, it could be worth thousands. For example, a U2 edition 30GB iPod sold for nearly $90,000 not long ago.

Commodore Business Machines debuted its Commodore 64 back in 1982. It ended up being the best-selling computer in the company’s history. Today, one in mint condition could sell for nearly $1,200.

While not exactly tech, vinyl has made a big comeback and people have started collecting records all over again. A few rare vinyl records are selling for hundreds of thousands of dollars.

One example is the only known pressing of “My Happiness” from Elvis Presley. Jack White bought it a few years ago at auction for $300,000. Even though you don’t have that rare Elvis record, you might have others that are still worth good money.

Buddy Holly’s “That’ll Be the Day” original pressing was released in 1958 by Decca Records. If you have a copy in mint condition, it could be worth around $1,500. Used copies that have slight imperfections are selling on eBay for $35 to $200.

What digital lifestyle questions do you have? Call Kim’s national radio show and tap or click here to find it on your local radio station. You can listen to or watch The Kim Komando Show on your phone, tablet, television or computer. Or tap or click here for Kim’s free podcasts.