IMDb, AT&T, Disney, Apple and Warner have all announced or hinted at plans to launch streaming services in 2019.

The consumer allure to switch to streaming is undeniable. Monthly subscription prices cost less than the price of two movie tickets, and subscribers get access to original programming, box-office hits and award-winning TV shows. But, buyer beware: Those subscriptions can quickly add up; streaming isn’t always cheaper than cable.

Before I answer that question, I’ve got two tips for you: If you love movies, read about the best streaming services for cinephiles. And while you’re at it, tap or click here for three simple tricks for smoother video streaming.

OK, let’s take a look five “streaming boxes” and see which one is right for you. Pros: Apple TV is simple, versatile, and ideal for people who already prefer Apple products. The device works great with iPhones, iPads and Macs, and it’s compatible with Airplay content streaming, Apple Music and other HomeKit appliances. If you’re already knee-deep in the Apple ecosystem, the Apple TV is a no-brainer.

But the real winner is Apple TV 4K, which currently has the best hardware available in a streaming box, designed to effortlessly handle 60 fps 4K, Dolby Atmos and HDR content. It also has the cleanest and smoothest interface among the lot, delivering a minimal but polished experience all around.

The system is already connected to iTunes, but you also have access to all the essentials like Netflix, YouTube, Amazon Prime Video, Vudu, Hulu, Plex, HBO, DirecTV Now, AT&T Watch TV and Sling TV. If you already own digital movies across multiple services, they can all be synced via Movies Anywhere.

Even if you don’t have a 4K TV yet, I recommend picking the Apple TV 4K over the 4th-gen Apple TV. For just $30 more, you’re pretty much future-proofing your system for the inevitable 4K TV you’re going to get down the road.

Cons: True to Apple’s reputation, these devices are relatively expensive. The latest Roku and Amazon Fire TV boxes are capable of streaming 4K, and they cost far less. The included Siri touch remote can also be clunky and unwieldy. There aren’t many benefits if you’re not already invested in Apple products. 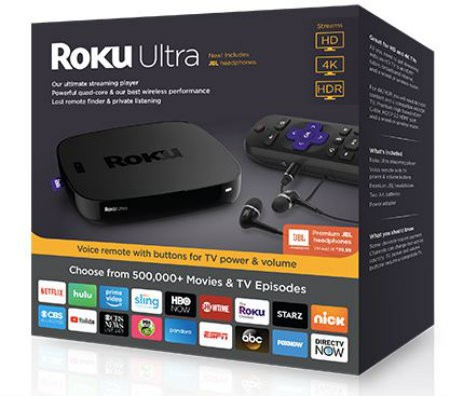 Pros: Roku can access apps from almost every content provider on the market (except for Apple and iTunes). This connectivity alone is one reason Roku remains the most popular brand in streaming players. That, and they continue to add premium channels to their offerings. Roku has apps for Netflix, YouTube, Google Play Movies, Amazon Prime Video, Vudu, Hulu, Plex, HBO, DirecTV Now and Sling TV. (So far, no AT&T Watch TV app, but that may change).

Roku also handles hundreds of third-party video apps that offer free movies and TV shows. If you want to access the most content from various services available, then the Roku is the one for you. The Roku Ultra supports 4K, HDR and Dolby Atmos, the device is even bundled with a pair of JBL earphones. You can connect these earphones to the Roku remote, giving you wireless audio.

Cons: The only real downside to Roku is its interface, and that includes the Roku Ultra: The controls can be slow at times, the graphics look dated. Additionally, Roku is paring away its third-party apps. Since they update apps automatically, some of your installed apps may be deactivated without prior warning. Pros: The Cube is the latest product to emerge from the Amazon Fire line, and if you want to expand your voice-controlled smart home, this is the device you want. The Fire TV Cube has built-in Alexa functions, which means you can dim your smart bulbs, control your smart appliances, ask questions, set timers – pretty much anything a regular Amazon Echo can do.

You can also use your voice to search, play, pause, fast-forward and handle all the things you would typically do with a remote.

If your TV is compatible with HDMI-CEC, you can switch it on or off and adjust its volume. But don’t worry if you have an older TV; the Cube has a built-in IR transmitter, so you can use the device as a universal remote and control almost any TV by using your voice.

The Cube can also connect to your Echo Show, mirroring its small display on your big screen. With an Alexa voice command, the Cube can provide you with detailed weather forecasts, display lyrics to songs and show you live video feeds from Alexa-compatible security cameras.

If you already have an Amazon Fire, don’t miss these 5 insider tricks to getting the most out of it.

Cons: Like its apps, Amazon’s Fire TV interface is cluttered, filled with promoted content and is a pain to navigate. Alexa Fire TV integration is still occasionally frustrating and voice controlling a TV through the Fire TV Cube can be painfully slow.

Also, despite the many apps available, Amazon Fire products can’t access YouTube, which is becoming an ever-greater loss. 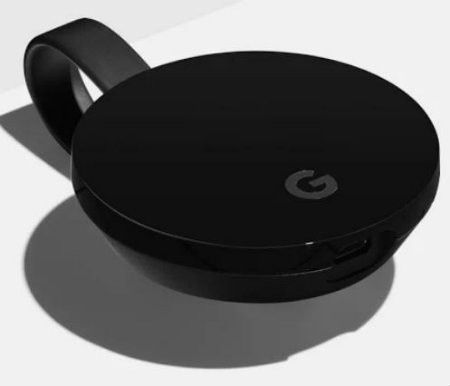 Pros: If you’ve ever owned a Chromecast, you’ll know that they can be extra useful around the house. With this unobtrusive little gadget, you can cast or stream content from your iOS or Android smartphone or Chrome browser to your TV. You can even cast your whole desktop if you want to.

However, it’s not a traditional streaming box like the others. Chromecast doesn’t come with its own remote; instead, you use your smartphone to find compatible apps like Netflix, Hulu, HBO Now, Sling TV, Plex and Vudu straight to your TV.

Better yet, you can also integrate Chromecasts with the Google Home, and with HDMI-CEC compatible TVs, you can have usable (but limited) hands-free voice control. The Chromecast Ultra can cast 4K and HDR content, as well. At $70, it’s one of the cheapest streaming gadgets on the market.

Cons: Again, there no actual physical remote. You will always depend on your smartphone or tablet to operate it. Not all content can be cast (notably Amazon and iTunes). 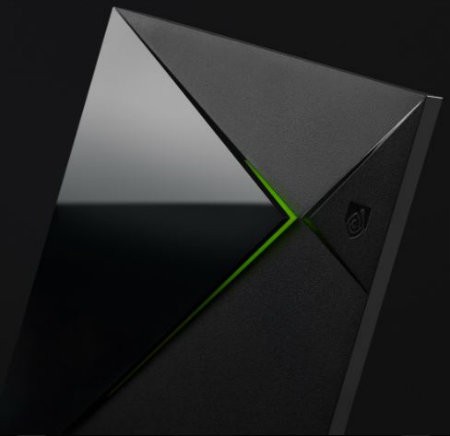 Pros: The Nvidia Shield is the clear outlier because it was originally designed as an Android gaming gadget. Still, the Shield can stream all kinds of entertainment, and the device has excellent hardware, which can output 4K, HDR and Dolby Atmos.

Because the Shield runs on Android TV, you can access almost every popular streaming service, such as Netflix, Hulu, HBO, Vudu, Plex and Amazon Video. The Shield can also act as a second Chromecast in your home, enabling you to cast content and mirror your Chrome sessions. You can even integrate the device with Google Home.

With the Nvidia Shield’s two USB ports, you can connect a compatible USB TV antenna and watch and record live TV with it. If you’re looking for the best 4K hardware available, but you’re not locked into Apple’s ecosystem, then the Nvidia Shield is worth a look.

Cons: At $180, the Shield is pricier than most others, and it gets even pricier if you get add-ons like a gaming controller and extra storage. If you’re not an avid Android gamer, then the cheaper streaming boxes are better buys. The Nvidia Shield, excellent streamer as it is, can be overkill.