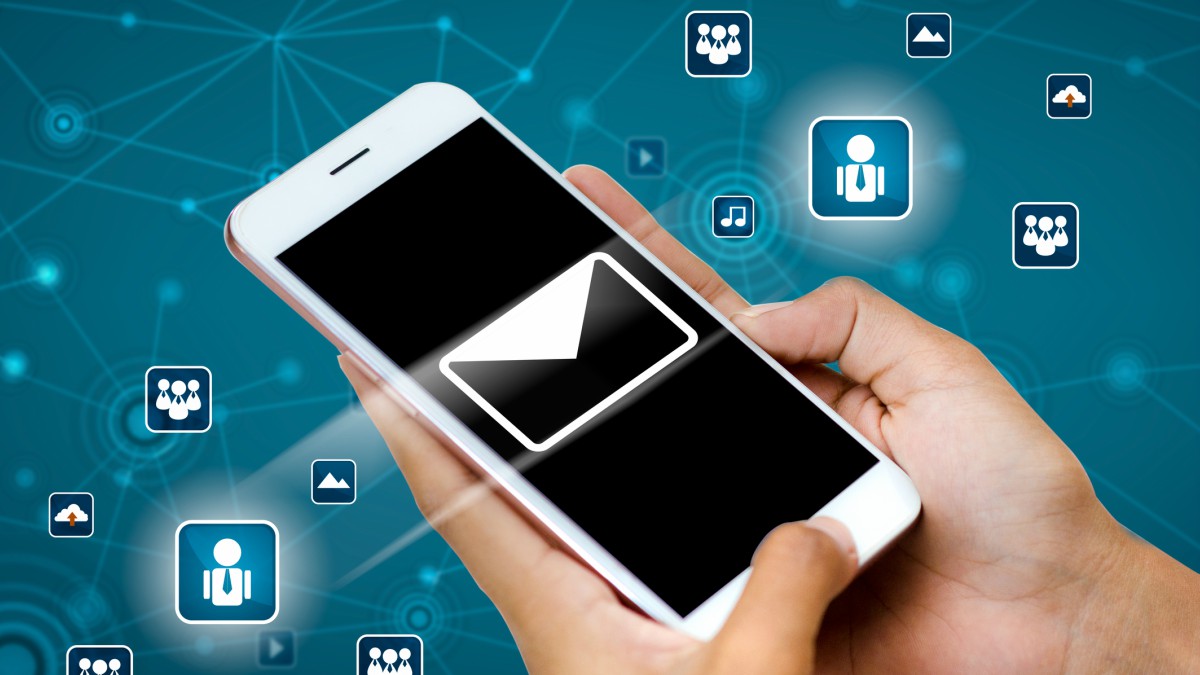 We send messages all day long, and every time we hit “send,” we roll the dice. Hackers don’t have to break into your phone to steal your data; they can intercept messages or break into other people’s devices. Once they have your email or text, there’s only one way to protect your private correspondence: make it unreadable.

Imagine if hackers were able to see everything you do online, every account name and password. All that data is transmitted through your router, so you need to make sure it’s not compromised. Tap or click for a free test to see if your router has been hacked.

One of the most powerful defenses against snoops is called “end-to-end encryption.” Encryption is a secure way to protect your conversations from being read by others. Even if a hacker intercepts them, they can’t see anything but gibberish. “End-to-end” means messages remain encrypted, no matter who is sending or receiving them.

This idea sounds a little complicated, but it isn’t tough to set up. And you can get this extra layer of protection for free.

If you’re really concerned about staying safe, you really should be using a VPN. Tap or click here to learn all you need to know about choosing and setting up a VPN.

Believe it or not, big-name email services like Gmail and Yahoo do not provide end-to-end encryption. Some critics say it’s because large data companies want the ability to read your messages.

The common explanation is much simpler: watertight encryption is hard to implement, and it requires all correspondents to participate. For example: If your email uses encryption but mine doesn’t, the process isn’t end-to-end. At some point, your message will be vulnerable.

For businesses and organizations that require tight security measures, or for cautious individual users, here are some standout services that do provide end-to-end encryption. There are some loopholes and drawbacks to each, but if you get your entire network onboard, these platforms can theoretically safeguard your entire email chain.

Here are some services known for their encryption capabilities to make your email and text messages more secure.

This service has won global attention because of its end-to-end encryption, and it has become a popular option for users seeking absolute privacy. The company is based in Switzerland, a nation famous for its privacy standards, and its servers are literally buried underground.

There is a limited free version and a more robust paid version, and you can use the service for your website’s domain. The company boasts that even they – the developers – can’t read your emails.

See something shady in your inbox? There’s a way to find out exactly where it came from. Tap or click here to find out how to track down the sender.

This Belgian company puts a premium on security by using “keys,” which you can share with trusted individuals. The good news is you can trade ultra-safe emails with fellow Mailfence users. The bad news is you can’t send end-to-end encrypted messages to people who don’t use it.

You can secure end-to-end encryption between one Tutanota user and the next; and you can also create secure passwords for viewing Tutanota-sent emails on other services, such as Gmail.

This service is similar to others, except it can also provide decoy email addresses, making it difficult for a recipient (or hacker) to know who sent a message. This could be used malevolently, of course, but it can also protect your email from abusive responses.

Created in Canada in 1998, Hushmail has been in the private email business for a long time. Like Mailfence, Hushmail uses keys for sharing with others. Many of Hushmail’s innovative features are fairly standard these days, but the service remains as trustworthy as ever.

Yes, the popular email service has developed end-to-end encryption – you just need to change your settings to use it. Outlook will analyze your email for sensitive information; but more interestingly, Outlook can prevent a recipient from copying or forwarding your emails.

“Text messages” have evolved rapidly in recent years, and smartphones are capable of supporting a wide range of messenger services — a handful of which provide end-to-end encryption, just like email.

There are numerous services available for inexpensive or free messaging, which provide decent levels of security. These are three of the biggest; I recommend Signal first, Messages (if you have an iPhone) second and WhatsApp third, but you might also look into Silence, Silent Phone, Telegram, Wire, Dust or Cyphr, among others.

As its name implies, Signal Private Messenger is explicitly designed for covert communication. Its developer, Open Whisper Systems, has won accolades from security experts and cryptographers, and the system is available for Apple and Android devices, along with desktop computers.

All Signal messages are encrypted end-to-end, and you can also set a timer for your transmissions so they are automatically deleted. What’s more, the programming is open-source; there isn’t a major corporation looming over your data, nor is there a faraway server that stores your data.

Incredibly, Signal is free to download and use, whether you get it from the Apple App Store or Google Play. Not only can you send messages, but you can also hold HD video calls with users all over the world.

Apple users generally rely on the Messages app in iOS and macOS, which protects messages and attachments sent between two Apple gadgets. So if you send a message from an iPhone to a friend’s iPhone – or their iPad or Macbook – your text will automatically be encrypted. Text messages stored on iCloud are also encrypted, as long as you’ve enabled two-factor authentication.

Predictably, messages sent to Android users are not encrypted. Android gadgets do not encrypt SMS messages by default; in that situation, you may consult another one of these apps.

Android users often get the short end of the stick when it comes to safety and security. Tap or click to see a long list of apps you must delete now and future downloads you should avoid.

WhatsApp has garnered global popularity for its free text and voice messaging. The app is available on a variety of platforms, including Windows and macOS computers, as well as Android and iOS mobile devices.

That said, WhatsApp does offer end-to-end encryption between yourself and other WhatsApp users. As always, I don’t recommend sending sensitive information through the app – much less compromising photos or documents – but you can use this app to comfortably keep hackers at bay.