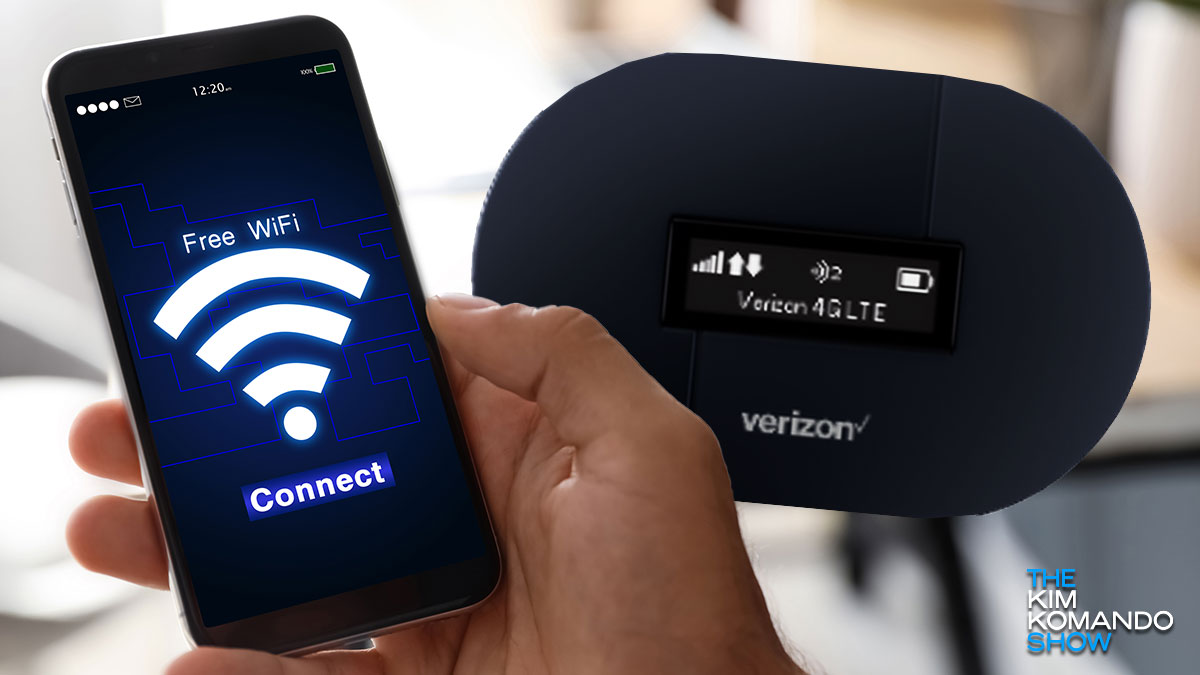 Smartphones have made the internet even more widespread than before their advent. Now we are connected 24/7. Many of us need the internet for our jobs as well.

What happens when you don’t have a signal or an open hotspot? You bring one with you, of course! Thanks to mobile hotspots, we can now be connected to our social media and email wherever we go. Tap or click here to find out how to set up a mobile hotspot.

Unfortunately, a mass recall on more than 2 million hotspot devices has been issued. They are at risk of overheating and may even result in fire damage. Read on to see if you own one and what your next steps are.

Do you own a dangerous unit?

The model affected is Verizon’s Ellipsis Jetpack. They were sold nationwide between April of 2017 and March of 2021 at Verizon Stores and Outlets. You should check your hotspot to see if it’s an affected model. The recalled units are dark navy with Verizon printed on the digital display window on the front of the device.

So far, there have been 15 reports of units overheating, six of these reports resulted in severe fire damage. Two more users suffered minor burn injuries as a result of the overheating.

Verizon has issued a recall of the hotspot devices in cooperation with the U.S. Consumer Product Safety Commission. The company said it will be working with customers to exchange their Jetpacks for an Orbic Speed device, free of charge.

In the meantime, an over-the-air software update is being pushed that will:

According to Verizon, you will know the software update has been applied when you see the ID number (IMEI) scrolling on the device’s screen.

After the software update has been applied, you should leave the device powered on while plugged in. When not in use, the device should be turned off, unplugged from its power source and securely stored until you receive the packaging to return the Ellipsis Jetpack safely.

You can head here to get more information about specific procedures related to the recall.

This hub expands what your laptop can do – Is it worth it?