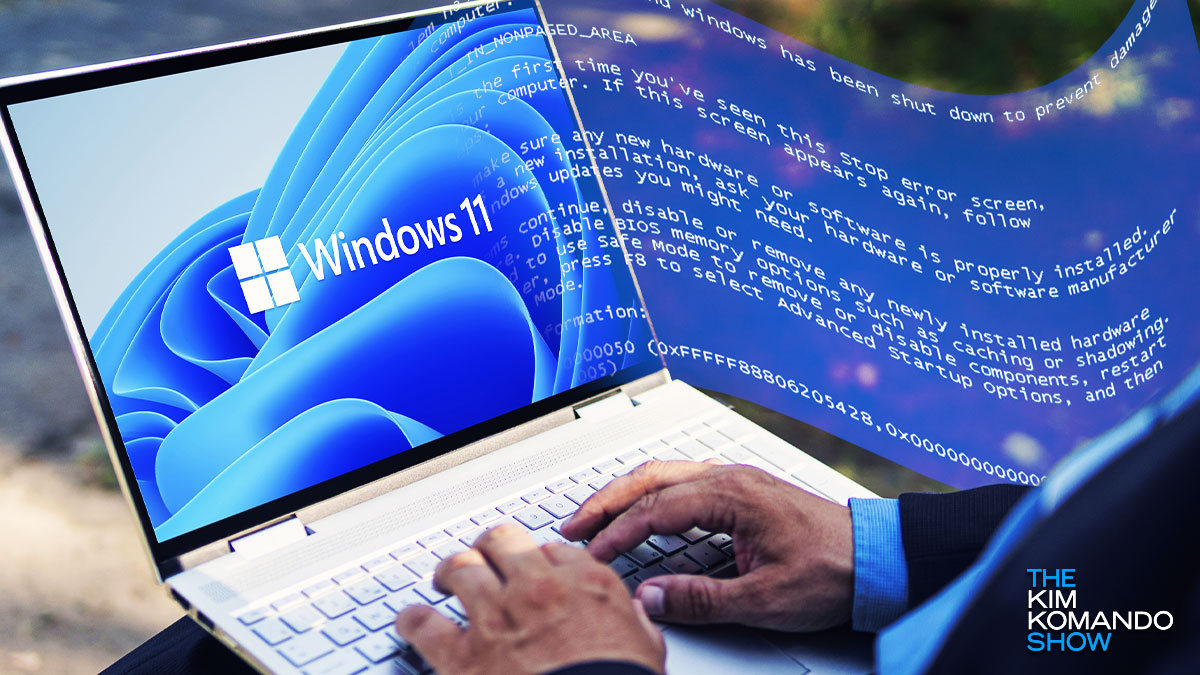 There are probably thousands of users who downloaded Windows 11 who wish that they didn’t. The launch of Microsoft’s latest operating system hasn’t exactly gone according to plan, marred by bugs and glitches. Tap or click here to find out why you might want to wait to upgrade.

It isn’t uncommon for a new OS to have some hiccups soon after launch, but it seems that Microsoft has been facing more than most. Early adopters have reported printing problems, lagging and performance issues.

Unfortunately, their woes aren’t over yet. Two new bugs have been reported and Microsoft is working on a solution. Here’s what’s going on.

Have you noticed Windows 11 feels a bit sluggish? If that is the case, you might have a context menu bug. The context menu isn’t anything new in the Windows ecosystem. It’s the menu that pops up when you right-click on a file, folder or desktop.

This menu has been given a bit of a revamp in Windows 11, with the most-used actions now appearing as buttons at the top. The problem with the menu, in general, is that it takes resources to run. There might be a slight delay, and the latest bug slows down the system.

“Opening the context menu is slow and after it opens about half the items are stuck on ‘loading’ for a few seconds. Even the old menu had twice as many menu items, but it at least loaded instantly,” a user reported in Microsoft forums.

Microsoft is reportedly aware of the issue and is working on a fix. There hasn’t been a release date yet, but it could be included in next week’s Patch Tuesday rollout.

File Explorer fills up your PC

Another bug causing some confusion is File Explorer seemingly creating hundreds, if not thousands, of empty folders. The File Explorer system is the tool that you use when navigating through folders.

Several users have reported that the C: WindowsSystem32configsystemprofileAppDataLocal folder was stacked with folders in a weird naming convention. You can navigate to that directory in Windows 11 to see if you have the same problem.

Since they should be empty, it won’t impact performance of your machine or take up significant space. MSPowerUser reports that it’s created by the provision package runtime processing tool. If they are empty, you can safely delete them. The problem has been around since 2019 in Windows 10.