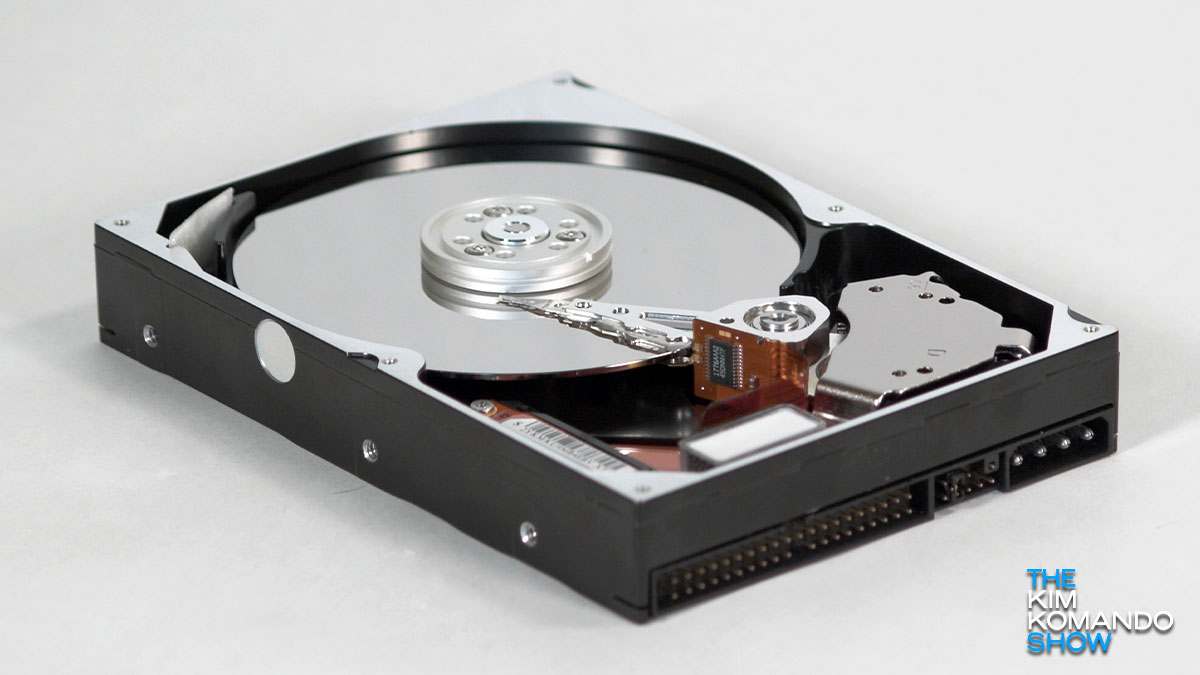 When you buy a computer or similar piece of hardware, you expect it to work the way that it says on the box. If it isn’t, this can make your purchase seem like a defect (or if its better than advertised, a lucky break). This is especially true for hard drives, which make up the core of our computer’s storage system.

But even if a hard drive you buy turns out better than expected, dishonest advertising can make you wary of purchasing anything from that manufacturer again. After all, there’s no way to be sure about what else they aren’t telling you. Tap or click here to see 6 free ways to check if your hard drive is faulty.

And now, one hard drive manufacturer is under fire for apparently downplaying the speed of its products. These hard drives, which claim to only spin at 5400 rotations per minute, actually spin closer to 7200rpm. This might sound like a plus, but not everyone is happy with inaccurate descriptions of hardware they paid for. Here’s why.

Western Digital hard drives are overly modest — or are they dishonest?

According to a new report by Ars Technica, several computer enthusiasts on Reddit have discovered a range of hard drives produced by Western Digital aren’t performing the way they claim.

But computer enthusiasts (particularly the ones who build their own custom rigs) aren’t happy with this. Instead, they feel lied to because they specifically wanted the lower RPM for their own machines.

Why buy a lower RPM over a higher one? Simple: Lower RPM hard drives are much less noisy and consume less power. If you’re a gamer, for example, you might want to dedicate more power to your graphic card versus your hard drive. But with these misleading descriptions, making the right choice becomes even more confusing.

But it’s not just the box that’s dishonest here. If you try to run a SMART scan on your PC to see the disc’s performance, the hard drive’s firmware repeats the same claim as the box: 5400rpm.

It took a dedicated Redditor with a high-powered microphone to determine the actual speeds of the drive. For his experiments, he put each drive on a cardboard box and simply recorded and analyzed it while it worked. Take a look at this Twitter thread below and follow along to see how he got his numbers.

This is interesting: Some hard drive geeks have figured out that some WD hard drives are lying about their rotational speed. The SMART data says 5400RPM, the drives are sold as 5400RPM, but if you analyze their performance and sound (!), they’re 7200 RPMhttps://t.co/QL56JMfFo7

As you can see, when we say “computer enthusiast,” we mean enthusiast.

In response to a request for a comment by Ars Technica, Western Digital had the following to say:

For select products, Western Digital has published RPM speed within a “class” or “performance class” for numerous years rather than publishing specific spindle speeds. We also fine-tune select hard drive platforms and the related HDD characteristics to create several different variations of such platforms to meet different market or application needs. By doing so, we are able to leverage our economies of scale and pass along those savings to our customers. As with every Western Digital product, our product details, which include power, acoustics and performance (data transfer rate), are tested to meet the specifications provided on the product’s data sheet and marketing collateral.

Apparently, Western Digital has a different idea about what it means to label a device’s RPM. Instead of directly listing the RPM, it’s categorizing its drives into “classes,” which give it more flexibility in marketing them.

This isn’t, strictly speaking, illegal, but it’s sure confusing for computer geeks who know what they want out of a hard drive.

At the very least, if you’re in the market for a Western Digital Red hard drive, now you’ll know what the RPM listed on the box actually means. Hopefully, some of these dedicated Redditors will take time to record even more drives and let us know if they’re not performing as advertised.

Want to get the most out of your external hard drive? Tap or click here to see how to back up your data like a pro.