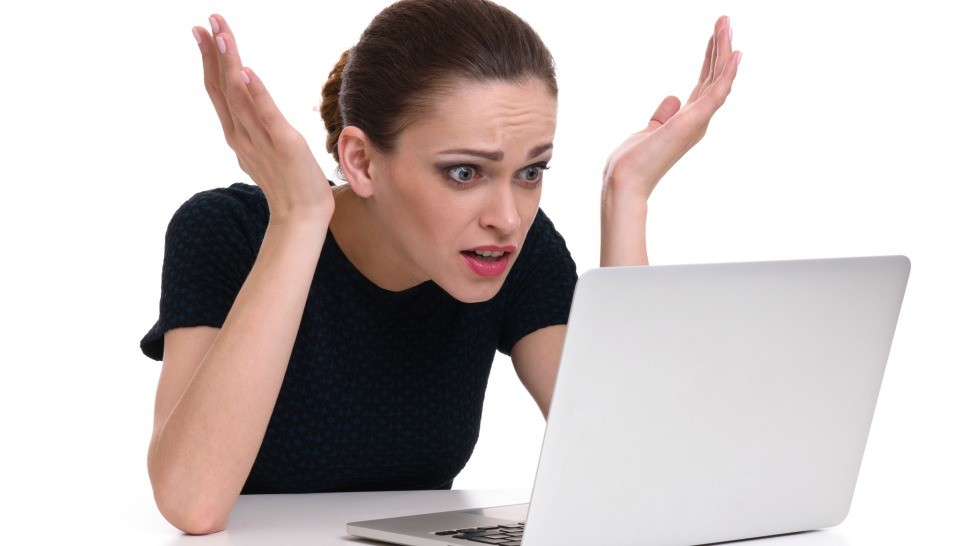 Cybercriminals are always looking for heavily populated websites, to find as many new victims as possible. With 2 billion active monthly users, Facebook is the perfect target.

That’s why we’re constantly warning you about new scams circulating on the social media giant. Now, another like-farming scam is making the rounds.

Watch out for this like-farming scam

This gives the scammer more viewers for posts that trick people out of information or send them to malicious downloads. The story they originally post normally has nothing dangerous about it. Only after the post gets a certain number of likes and shares does the scammer edit it and add something malicious.

What’s going around now is actually a scam that has been revived from the dead. Posts have been populating Facebook News Feeds this week claiming that Marlboro is gifting 5 FREE Cartons to EVERYONE! on 100th Anniversary. This scam actually circulated a couple years ago and apparently it’s back.

You can see an example below. Two of my friends actually posted this on Facebook this week: 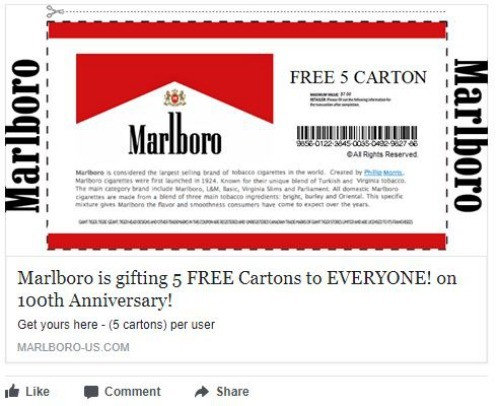 Another example that I found tells you to follow these three steps to get your free cigarettes:

Under the steps, the post says, “Coupon will not be accepted if steps mentioned are not completed.”

The link listed in the steps will take you to a malicious site where malware could infect your gadget. This scam could lead to multiple terrifying results, like identity theft, or ransomware to name a couple.

The like-farming scam result depends on the payload that the cybercriminal chooses to implement. That’s why you need to know how to avoid falling victim.

How to avoid like-farming scams

There are many scams on Facebook and most of them can be used for like-farming. Typically, you’ll see a post that asks you to like and share it so you can win something. There have been several recently claiming to be from a grocery store, offering free groceries for a year to one lucky winner.

I frequently see posts that claim to be from someone who recently won a large sum of money from a lottery. If you like and share the post, you could get a share of the winnings.

It isn’t just posts either; it can also be pages. A scammer might set up a page for “I love bunnies” or what appears to be a legit company or organization.

Just enough content is posted to get a ton of likes, then the scammer switches the content for spam and or malicious links that could infect your gadget. Once you’ve liked the page, everything new the cybercriminal puts up goes on your News Feed, and in some cases, your friends’ feeds as well.

You have a public Amazon.com profile page that others can see