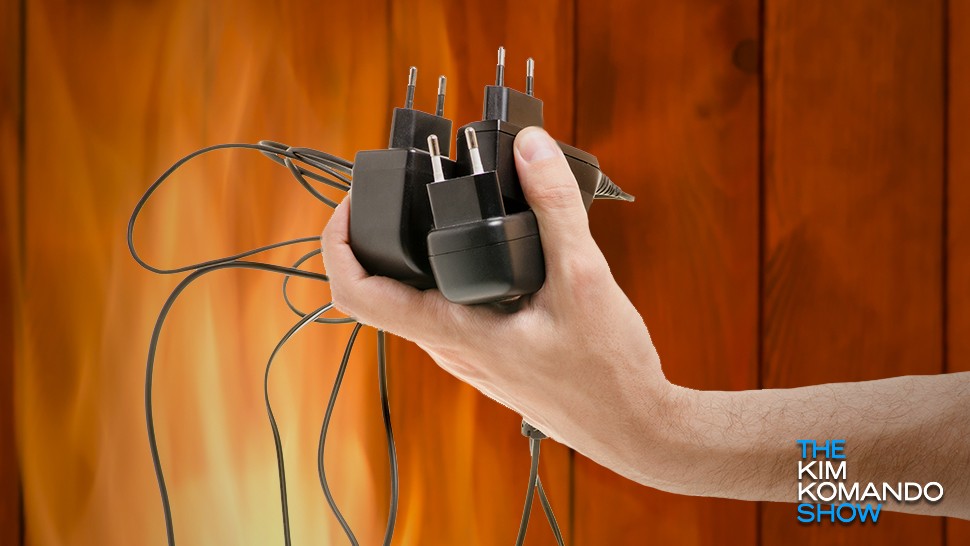 No, they’re not trying to bilk you out of more money — well not all the time. But when the makers of smartphones advise you to buy a charger only from their company or a certified dealer they could be saving your life.

When you buy a new smartphone, everything you need is in the box — the phone, power adapter, and charging cable. Well, regular wear-and-tear to just plain losing your smartphone accessories will have you jumping on an online site to find inexpensive replacements.

Be extra careful when buying a generic phone charger. Keep reading to find out the physical dangers of such purchases and how to keep safe.

Phone chargers that are cheap and dangerous

A new study finds that generic, low-cost phone chargers are causing serious injuries to some users. The cheap chargers have been responsible for fires and severe burns.

Published in the Annals of Emergency Medicine, researchers found that generic phone chargers are less likely to meet established safety and quality testing guidelines than their name brand counterparts.

“Even with a low-voltage device, if the current is high, then the electric shock can be severe,” said Dr. Carissa Bunke, a pediatric resident and the lead author of the study.

One 19-year-old woman learned this lesson the hard way. The woman showed up at an emergency room with second-degree burns around her neck.

According to the report, the woman told doctors that her generic iPhone charger was plugged in and under a pillow. The burns were caused when her necklace came in contact with the end of the charger, transmitting an electric current.

Researchers also found another case in which a man was thrown off his bed by the electrical shock of his charger. A woman in Louisiana reported that her generic iPhone charger had caused a fire in her bed, burning both her sheets and her arms.

In severe cases, there could be extensive tissue damage or deep burns that require skin grafts. Complications could include muscle breakdown, trouble breathing, airway damage or cardiovascular injuries.

At least one test shows that many generic smartphone chargers do not meet basic safety guidelines. The report notes that for a study conducted by Electrical Safety First in the U.K., Apple provided 64 generic chargers for safety testing.

Fifty-eight percent of these generic chargers failed the electric strength test or a breakdown of the insulation barrier. Another test evaluated 400 generic iPhone chargers for electric shock safety risks.

Of these, 22 samples were immediately damaged during the testing and only three samples passed an electric strength test. That’s a 99% failure rate.

According to the researchers, one group is particularly vulnerable to being harmed by cheap generic chargers. That would be teenagers and young adults who frequently use their mobile devices.

Here’s how can you ensure your safety or that of your children:

Yes, smartphones have made our lives easier, but be the smart in smartphone. Not only can cheap, generic cables and chargers ruin your expensive phone, they also can pose a serious hazard to your health.