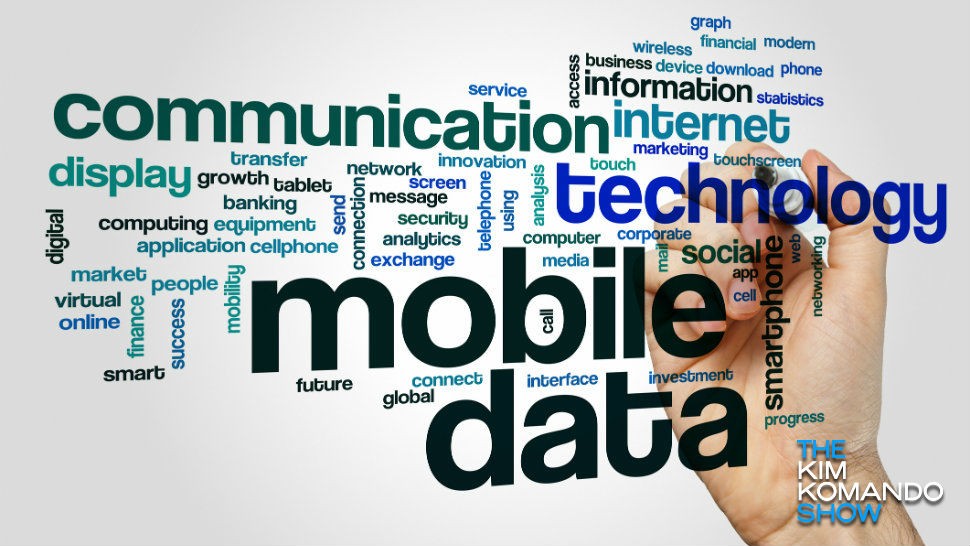 Those of us living without unlimited data plans for our phones have learned to keep an eye on our smartphone internet use every month. The fees for going over what your data plan allows can be extreme.

Downloads, games, YouTube, video uploads, Netflix, Spotify — we love the convenience and fun of these streaming services, but we don’t want to end up paying extra fees when we love them too much. For ways to make sure you don’t go over your limit, tap or click here.

But are you actually saving money by having a capped data plan, or would it be wiser to switch to unlimited? The answer might surprise you.

Breaking plans down by the numbers

Bloggers at ItsWorthMore recently surveyed 1,000 U.S. citizens to learn about their data plans and habits. You might be surprised to know the number of people with unlimited data plans is almost equal to those still with capped plans.

They found  42% of those surveyed have a capped data plan, while 41% have unlimited. Everyone else uses family plans or prepaid phones.

Here’s where it gets interesting. Of the 42% of respondents that have capped data plans, nearly 12% of them admit to going over their limit each month.

Related: Which phone plan is best for seniors? We compare top options

Each carrier’s plan may be different in general but capped plans are around 5GB per month. If only 12% of users go over the data limit, that means 88% are using less than they are allowed. This could be a boon for mobile carriers.

Here’s what we mean: ItsWorthMore took the numbers from its survey and calculated how much data is not being used by people who are paying for it. The average person “wasted” over 26% of their data cap each month, meaning they weren’t using all the data they paid for.

Capped data plans cost an average of $61.45 per month. So, if you’re not using 26% of your allocated data, you’re overpaying by more than $16 every month. This comes to almost $200 per year.

With over 83 million potential users in the U.S., that comes to over $16 billion over the course of a year. Quite a haul for mobile carriers, wouldn’t you say? 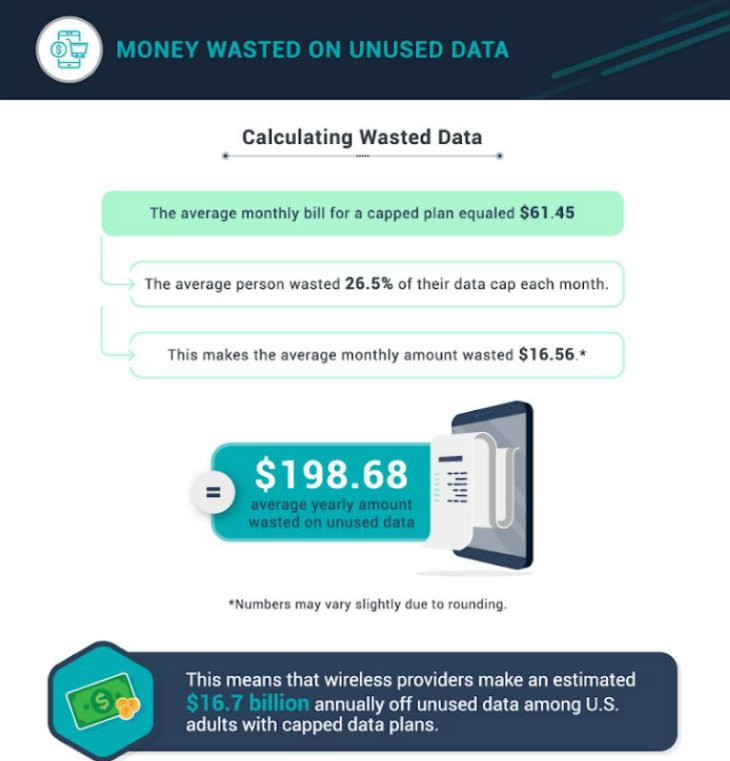 The numbers don’t end there. It turns out people with capped data average using about 5.2GB per month, while those with unlimited plans average 12GB of use per month.

Do you know how much data you use each month? If you’re closer to 5GB, a capped data plan might be the way to go. Since unlimited plans cost on average nearly $22 more per month, you’d save money with a capped plan.

Related: Want to save on your next device? Here are the 7 best phones for under $400

But if you’re using closer to 12GB each month, the overage fees on a capped plan would end up costing you more than the unlimited. Do your research, find out how much you use on average each month and go with the plan that costs less over the course of a year.

Looking for tricks and hacks to stay safe and get the most out of your favorite gadgets? Tap or click here to sign up for Kim’s Tech Tips & How-Tos newsletter.