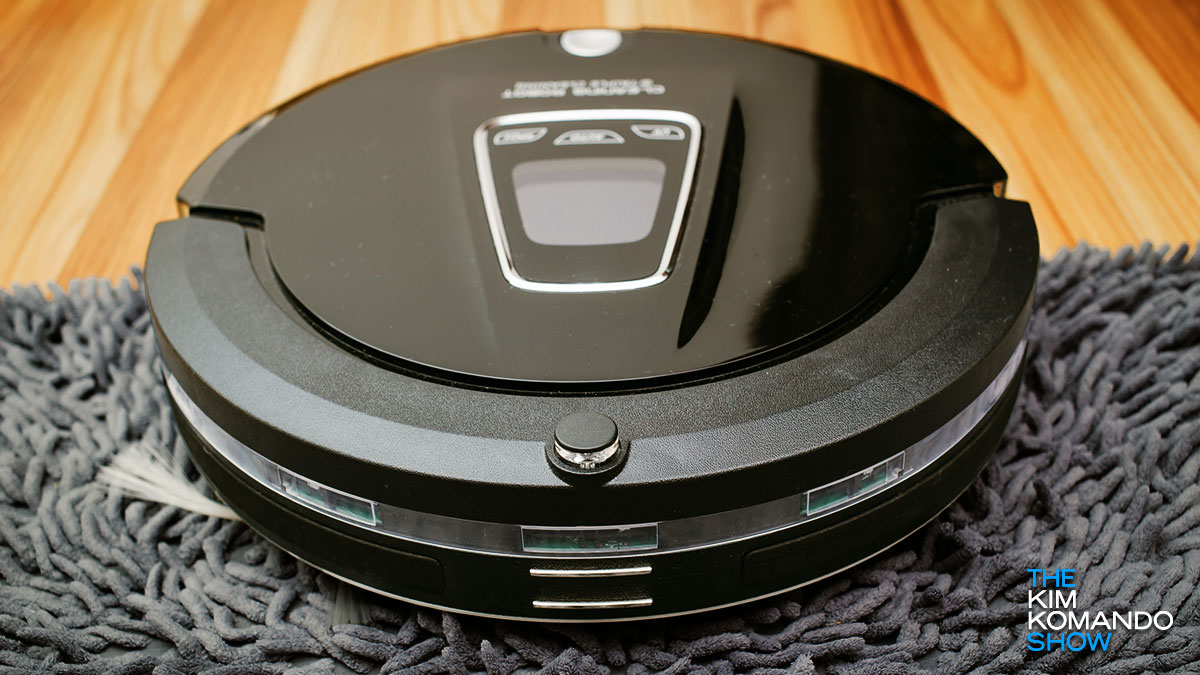 Virtual assistants and autonomous devices make our daily chores around the house a lot easier. While they can’t put the kids to bed yet, having a semi-autonomous robot to vacuum the living room is a good start.

If you’ve never owned a robot vacuum, you’re missing out. These amazing machines take all the effort out of keeping your floors clean, and you might be surprised at just how great they work. As amazing as they are, glitches can arise. Tap or click here to see how one model could easily short circuit.

Now, another glitch has been discovered and this one is a doozy! A Roomba firmware update has caused some models to appear “drunk” as they work to clean your floors. Let’s take a look at what actually happened.

Many Roomba users noticed that their robotic vacuums started to act rather strangely after a recent firmware update. Firmware version 3.12.8 caused all sorts of navigational issues, with some users saying their Roombas were cleaning in weird patterns.

“The issues include, but aren’t limited to Roomba spinning around itself, sometimes slamming its bumper into furniture; Driving off the dock diagonally; getting stuck in the middle of the room,” explained a user on message forum Reddit.

Manufacturer iRobot has been working on a fix and has rolled back some of the updates on some impacted cleaners. But some users are noticing that the issues are persisting. Many have noticed the update has deleted the saved environment mapping — while others have added more floor space.

“Mine has mapped more of the house than there is room for inside the walls. It has found a room in the back yard off the kitchen and another at the end of a long hallway that leads across the street,” wrote a user in a Reddit reply.

Here is the bad news: there’s not a lot that you can do at this point. iRobot is working on a fix but says it might only be ready in “the next several weeks.” The irony of that statement is that the next firmware update was supposed to prevent any future problems.

Unfortunately, iRobot has been silent on social media and its website, directing customers to contact them through the proper channels.

A Twitter user asked what is happening with the update, only to receive a standard reply.

“What’s up with the 3.12.8 release? My tickets were closed and I wasn’t rolled back. These robots look drunk since the update. Mounting complaints in the forums continue. Some folks who were rolled back got rolled forward and the issues came back. HELP!” Wrote Anthony Virtuoso, a principal engineer for Amazon Web Services.

Through all the complaints and frustration, iRobot still managed to crack a joke. A Twitter user said he paid $800 for his Roomba “to do circles.” The company replied with: “We’d love a chance to turn your experience around!”

If you have a Wi-Fi-connected Roomba, your device has probably updated itself already. The update happens automatically when it is connected to the internet and is docked in the Home Base. If that’s the case, you’ll have to wait for the next patch.

Robot vacuums have a lot of dirt on you. Is yours sharing data?