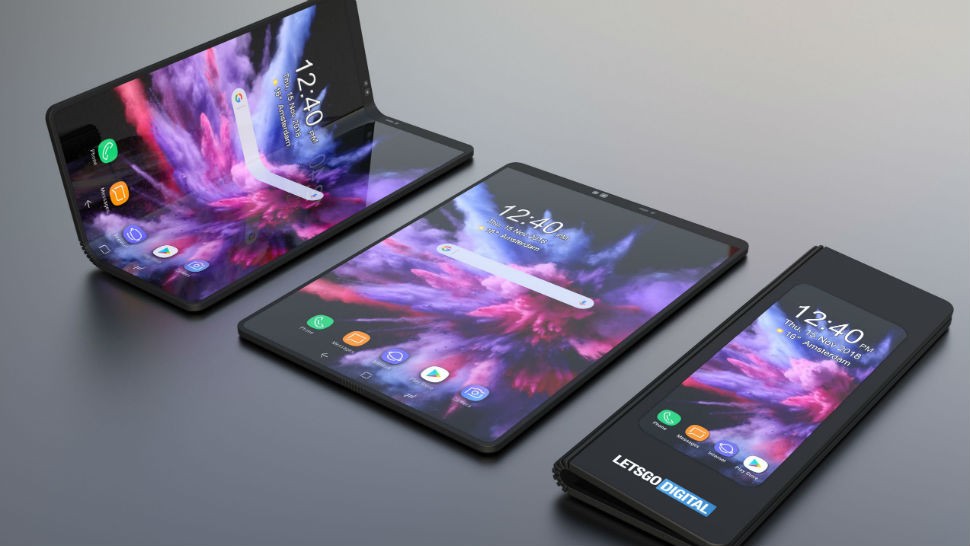 Smartphones that bend, fold or flex, whichever term you prefer, have seemingly been on the horizon forever. Samsung showed off a prototype way, way back in 2011, then both Samsung and LG started teasing foldable phones in 2013. More false starts in 2015, but now they’re really here.

Royole, a California company founded in 2012, unveiled their foldable FlexPai smartphone in Beijing last October. Only days later, Samsung showed off their version of a flexible phone from afar at their annual developers conference.

Other manufacturers have long been rumored to be working on their own versions, but now video of a mysterious new bendable smartphone has apparently been leaked. And it’s surprisingly different from what we’ve seen before.

A smartphone that folds not once, but twice

Earlier this week, Evan Blass (@evleaks) uploaded video to Twitter. It’s of a seemingly real smartphone, but this one’s a tri-fold. Take a look at the clip below:

Yes, it’s a dark video but you wouldn’t able to see what’s on the screen otherwise. As Blass says in the tweet, “Can’t speak to the authenticity of this video or device, but it’s allegedly made by Xiaomi, I’m told.” Xiaomi is a massive Chinese electronics company. And as you can see on the screen, it seems to be running a Chinese version of Google Maps.

But either way, this 20-second video clip does appear to show off a real and functional device. And instead of having two halves, this one has two hinges, allowing it to fold behind on two sides, leaving more of a phone-sized central display. Neat.

Real or not, foldable smartphones are here, and more are on the way. But questions still remain.

Will they really catch on with the mainstream, or be deemed a clunky, overpriced fad? We’ll just have to wait and see.

Personally, I’m not looking for a phone that bends in one or two places. I’ll just wait for one that opens more like an accordion. But I probably shouldn’t hold my breath.