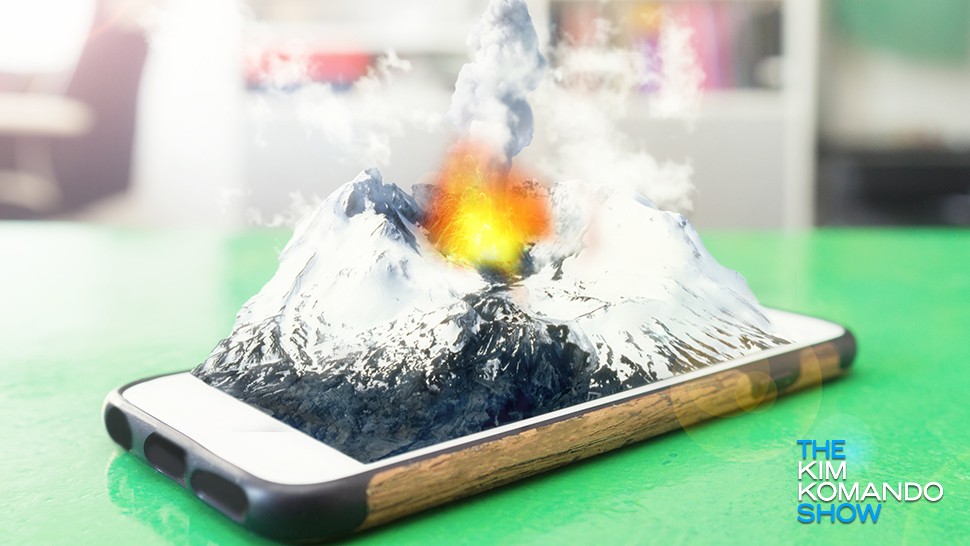 Remember when Samsung phones were blowing up? Not in a positive way, like a popular movie or song, but actually catching fire and exploding?

It was not a great time for the tech company, who has been trying to compete with Apple’s iPhone and instead found itself dealing with a pretty big safety crisis. Devices were recalled and things seemed to calm down for a bit, but it looks like Samsung may not be out of the woods yet.

Last month we got word of a washing machine that blew up in Texas, and now reports are coming out of Michigan that a Samsung phone ignited. Upon doing so, it torched the car it was in.

A Detroit woman whose identity is being concealed said she was driving down the road when she noticed a spark out of the corner of her eye. Her phones, a Samsung Galaxy S4 and Galaxy S8, were in the cupholders at the time.

She told ABC7 News that she quickly pulled over to the side of the road and got out of the car just as the flames began to envelop the Nissan Maxima.

Amazingly no one was hurt, but the car was left in pretty bad shape.

The woman’s attorney, Gerald Thurswell, told the station that they contacted Samsung to let them know what happened, and the company sent people to investigate.

No one is sure which of the two phones caught fire, and part of the investigation includes a recovery kit Samsung sent to the woman in hopes that she could mail pieces of the phones back for a closer inspection.

The woman said she was surprised by how ready Samsung seemed to be for this exact scenario, and it had her wondering how often this must have happened for the company to have such a smooth policy already in place.

As we know, it’s happened quite a bit.

It all really started in the fall of 2016, when the problem got to be so bad that Samsung recalled millions of its Note 7 phones due to what was discovered to be a problem with the battery. At the time the Department of Transportation had gone as far as to ban the phones from air transportation in the United States.

This includes bans from the plane, carry-on bags, checked luggage and shipped cargo. If you had a Samsung Galaxy Note 7, it was not allowed to travel with you. Period.

Needless to say Samsung was hoping to be past the problem, which is why the company wants to examine the evidence and see what caused the phone to ignite.