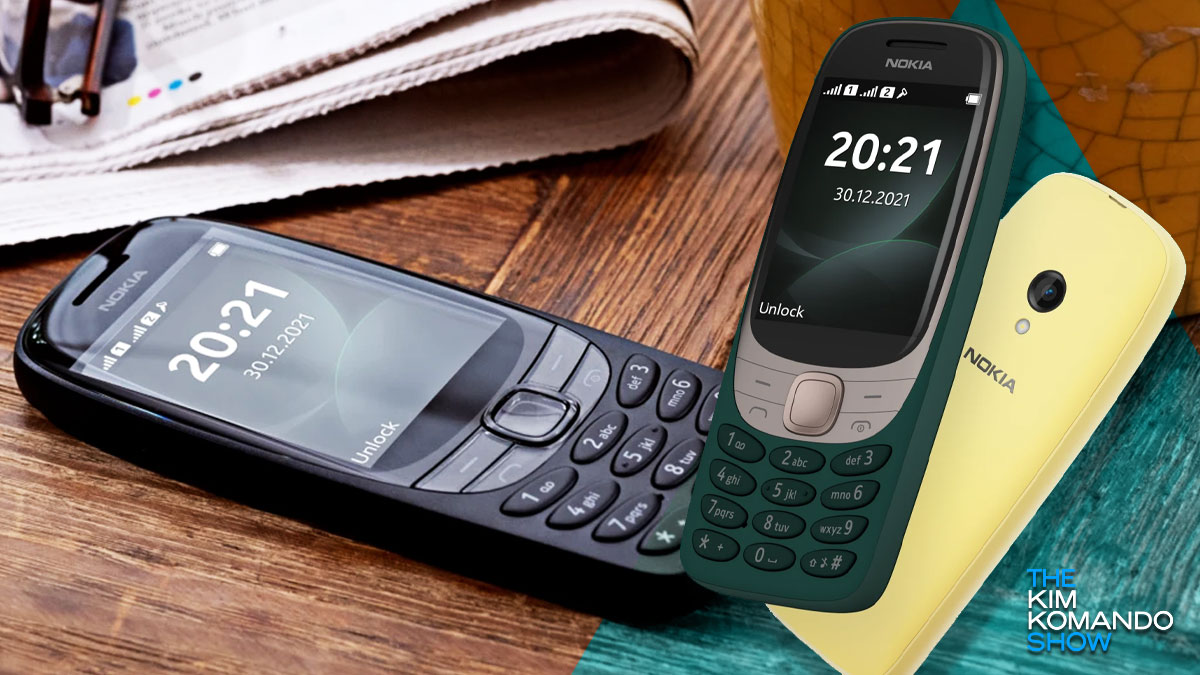 Before the days of Samsung’s Galaxy and long before the conception of Apple’s iPhone, Nokia enjoyed a large slice of the mobile phone market. As better technology became available, other companies pulled ahead, relegating Nokia and the likes of BlackBerry to the history books.

But we remember how well-loved those Nokia phones were. The classic Nokia 3310 could withstand just about anything and talk about battery life. Speaking of, there are some tips and tricks you should know to get more life out of your current phone.

If you feel a bit nostalgic or long for the cellphones of years past, Nokia’s new model is sure to put a smile on your face.

Nokia’s 3310 was considered a “dumb” phone, meaning that it couldn’t do much other than call and text. But when it was released 21 years ago, so it certainly did its job. Not long after, the 5110 hit the market. Even though it was slightly bigger, it didn’t offer much more in the way of features.

Then came March 2001, when one of Nokia’s most iconic cellphones was launched. Described as having a candy bar design, the 6310 was primarily aimed at business users. It had 174 KB of memory (yes, kilobytes) and was Nokia’s first phone to incorporate Bluetooth connectivity.

Because of its limited features, the battery life was astounding. On a full charge, it could last for 408 hours — that’s 17 days. It was perfect for teenagers back then; you could talk for up to five hours on a single charge.

If that sounds amazing, you’ll be glad to know Nokia is bringing the 6310 back. It’s naturally an updated version, but the spirit of the original.

What you can expect from the Nokia 6310

As mentioned, the battery life was one of the original phone’s main attractions. The new version, which you can get your hands on later this year, can last for three weeks on one charge. But don’t expect a powerful reimaging of the past.

It does have a slightly different look and is available in three colors, but it’s not meant to be a workhorse. The Nokia 6310 features a curved 2.8-inch QVGA color display, a 0.3MP rear camera with a flashlight, 16MB of RAM and internal storage of 8MB. Through the microSD card slot, that can be expanded to 32GB.

You might be asking why someone will buy the new 6310 with such low specifications. Well, with a battery life of 21 days and enough power to talk for 19 hours, it can make for the perfect communication device for emergencies.

It’s small, has a built-in radio, uses the standard micro USB connection for charging, and can connect to 2G networks – which are more stable (but slower) than 3G or LTE.

Apple lied about battery life, here’s what you need to know