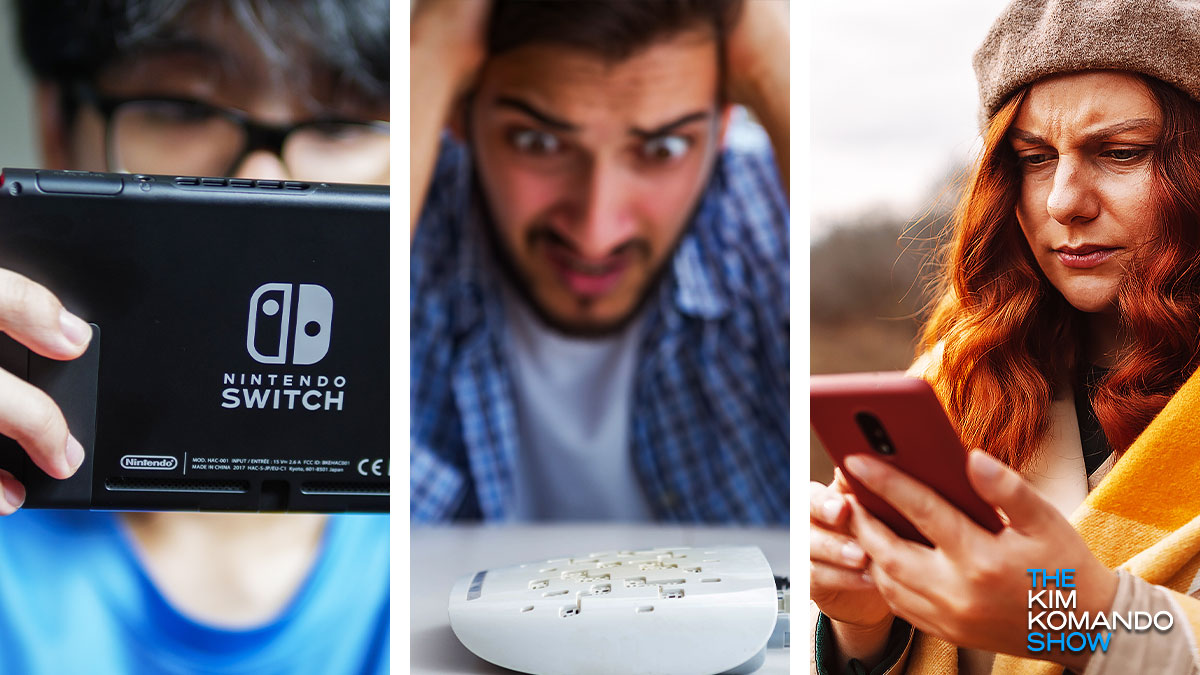 They say the cream always rises to the top. On the opposite side, the scum sinks to the bottom. For every beloved Apple and Android product, there’s an equally-loathed item that users vent about on social media.

Electronics Hub wanted to see which devices people complain about the most. Its team created a complaint detection tool that analyzed thousands of tweets that mentioned popular tech products. They used Twitter because it’s usually the No. 1 place people go to when they want to scream into the social media void.

Yeah, it can sound weird to the uninitiated, which is why we wrote a handy social media guide. Tap or click here for our answers to 10 questions about social media you’re too embarrassed to ask. Here are the world’s most complained-about tech products.

A University of Maryland professor found that over 80% of people admit to swearing at their devices. If you’re wondering which gadgets earn the most vicious diatribes, we’ve got you covered. According to Electronics Hub, these are the gadgets people complain about on Twitter most often:

In sixth place is Roku Ultra, followed by the Fitbit Charge 4, HP laptop, Nest Wi-Fi and Lenovo laptop. The HP and Lenovo laptops were just at the top of the list of unpopular laptops. Here are some other disliked products:

People had a lot of complaints about iPads, too. Folks loathed the Apple iPad (6th generation) most of all, with 33.3% of all tweets about the products containing a complaint or two. (Or three.)

WANT TO FIND YOUR PERFECT LAPTOP? Take our one-minute quiz to find your best match

After that, here were the other tablets people complained about the most:

So we went over laptops and tablets. What phones and cameras did people complain about?

According to Electronics Hub, the Model GoPro Hero8 Black got the highest percentage of negative tweets. However, few photographers complained in general, so its No. 1 spot just means 8.6% of the tweets it looked over had complaints.

In the grand scheme of things, that’s not a lot of complaints. With that in mind, here were the runner-ups:

Whether you’re a new photographer or an expert, you know your tools are only as useful as the way you use them. If you want to beef up your photography skills, we’ve got you covered. Tap or click here for seven ways to take better photos.

If you have a Google Pixel phone, here’s some bad news. Electronics Hub found it had the most unhappy tweets. Here were the runner-ups:

If you have any of the devices on this list, you may want to send out a tweet letting people know how much you like it. You could offset the negativity swirling around. Or if you agree that it’s terrible, you might want to vent yourself!

58% of workers fed up with their computers – Are you?