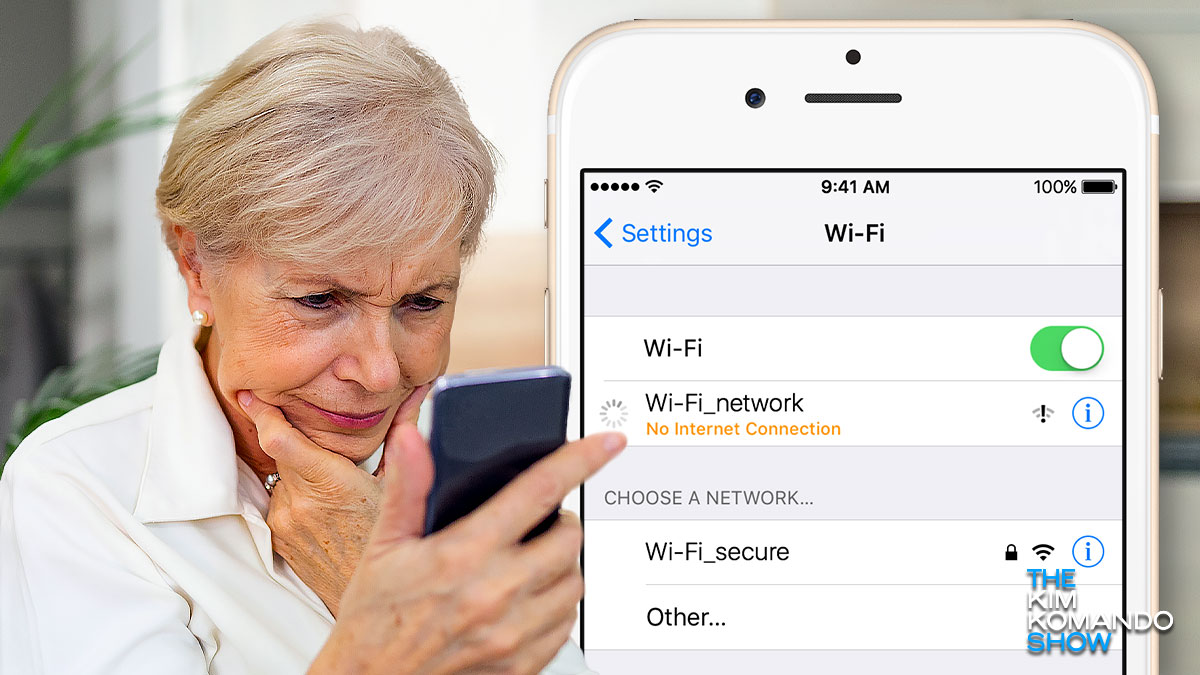 It is increasingly rare for software updates to be glitch-free. Over the last few years, there have been numerous instances where a new operating system, software upgrade or firmware update introduced weird bugs.

And the tech giants are not immune to these bugs, either. Microsoft’s Windows 11 launch generated several bugs, and now Apple’s latest iOS update is acting up for some users. If you notice that your Wi-Fi is losing connection, it’s most likely this latest glitch.

Read on for details on this annoying bug and how to work around it.

Operating system updates introduce new features but are also critical if you want to be protected against the latest cyberattacks. For more, you can listen to Kim’s one-minute Daily Tech Update on why you should update your iPhone as soon as possible.

But the latest iOS update, bringing it to version 16.1, has had some people scratching their heads. That’s because even though their iPhone shows it’s connected to Wi-Fi, they are having problems opening apps and connecting to the internet.

Several users complained to Apple that their newly updated phones would disconnect and reconnect to Wi-Fi throughout the day. There doesn’t seem to be a specific trigger, and it happens randomly.

Most people noticed the glitch after the iOS 16.1 update, but mentions go as far back as the public beta testing before iOS 16 became available to the public. On the Apple support forums, one user even went through the extreme process of a network reset and resetting their iPhone.

As it turns out, a relatively simple fix could prevent your iPhone from disconnecting and reconnecting to Wi-Fi.

It’s not an official solution, but one Apple forum user suggested trying the steps below. From the comments, it seems to do the trick.

NOTE: Disabling this setting could mean it would take longer to acquire a cell signal when you’re not connected to Wi-Fi. If you decide to disable Networking & Wireless, you can follow the steps above to enable it once Apple releases a permanent solution to the Wi-Fi problem.

There is an easier solution than adjusting settings like this. If you lose your Wi-Fi connection, just open the Control Center and tap the Wi-Fi button to turn it off. Then, tap it again and your device will reconnect to Wi-Fi and you’re good to go.