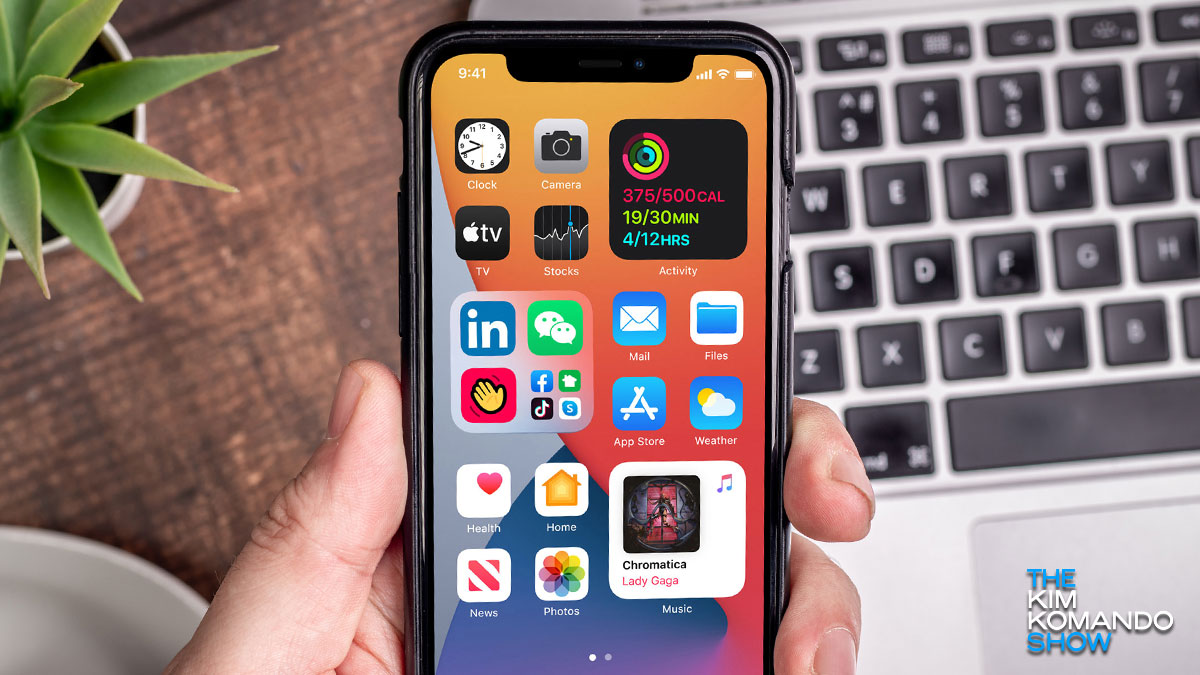 If you’re like many iPhone owners, you probably took the time to install iOS 14 to your device over the weekend. The new update from Apple includes a plethora of new features — including some much-needed security and privacy enhancements.

What kind of enhancements? Well, for starters, you can now see when your device’s camera or microphone is on thanks to an icon in the upper-right corner. And coming soon, you’ll even be able to block ad tracking by default. Tap or click here to see all the new updates in iOS 14.

But not everyone who’s installed iOS 14 is happy with it. Despite new features like app widgets, custom wallpapers and better Maps, iOS 14 seems to use more battery life than the previous version. Did Apple mess up and drain everyone’s iPhone? As it turns out, there’s a reason why it’s happening. Here’s what you can do about it.

Battery woes in iOS 14! Did Apple cause this?

Update: Apple has finally addressed complaints of battery issues and other glitches with a new iOS 14 bulletin. According to Apple, some users may notice the following issues after updating to iOS 14:

If you experience two or more of the above issues, Apple is telling users to completely erase and restore their phones and watches. It’s a whopper of a fix, but we have a guide to get you squared away.

Tap or click here to see how to get your iPhone and Apple Watch in working order.

Multiple iPhone users have taken to Twitter to dish on what they believe is a battery problem built into iOS 14. Since installing the update, many early-adopters have found their phone’s battery life performing far worse than normal — with questions about software bugs and upgrades already making the rounds.

Battery life is worse, I recommend waiting until iOS 14.2 Seems like Apple decided to skip 14.1 as developers already got an update for 14.2. But yeah, wait. I used to last all day without needing to charge my phone on iOS 13. Now, I need to charge my phone at least 2 times.

Some have reported their phones dropping from 100% to 40% after only an hour of use. Others are even reporting quick drops to 0% out of the blue. What gives, Apple?

Tap or click here for the best ways to improve your iPhone’s battery health.

Apple doesn’t even believe there’s an issue at all. Instead, it’s telling us that everyone will probably experience battery issues at first — and that they’ll sort themselves out after a few days. Wait, what?

Speaking to one of the people submitting complaints to the official Apple Support Twitter account, Apple claimed that “Background activity is usually needed when going to a new iOS for about 48 hrs, including apps downloading updates.”

What this means is there’s a process going on behind the scenes that you can’t see — and it’s part of the reason your battery is draining so quickly. And believe it or not, Apple’s not wrong here.

Based on our knowledge of iOS 14, one of the biggest under-the-hood upgrades of the new operating system is its new Spotlight search. This allows you to search for files and apps on your phone, but because the system was overhauled, every single part of your phone needs to be re-indexed so they can be found again.

As a result, you’ll see more background battery consumption than usual for about 48 hours or so after you update. Once this is finished, your battery life should improve again.

The re-indexing theory makes sense when you think about it. It’s also not the only reason your battery is draining. Not only is re-indexing happening in the background of everyone’s phone, but people are also using their devices more than usual to try out all the new features. It’s a double-whammy for battery use.

You may also like: Watch out for this scary new phone scam

Fortunately, there is something you can do to make your battery last a bit longer. Once indexing is finished (remember, it takes about 48 hours), you can disable background activity altogether. This will consume less battery life on your phone overall — but it also means if you close out of an app, you’ll have to reopen it again rather than having your data saved in the background.

If that sounds like a worthwhile trade off (especially for those of you with older phones), here’s how to do it:

Remember: You should still give your iPhone 48 hours to finish updating itself behind the scenes. If you’re patient enough, you might be surprised to find that there’s nothing wrong with it at all.