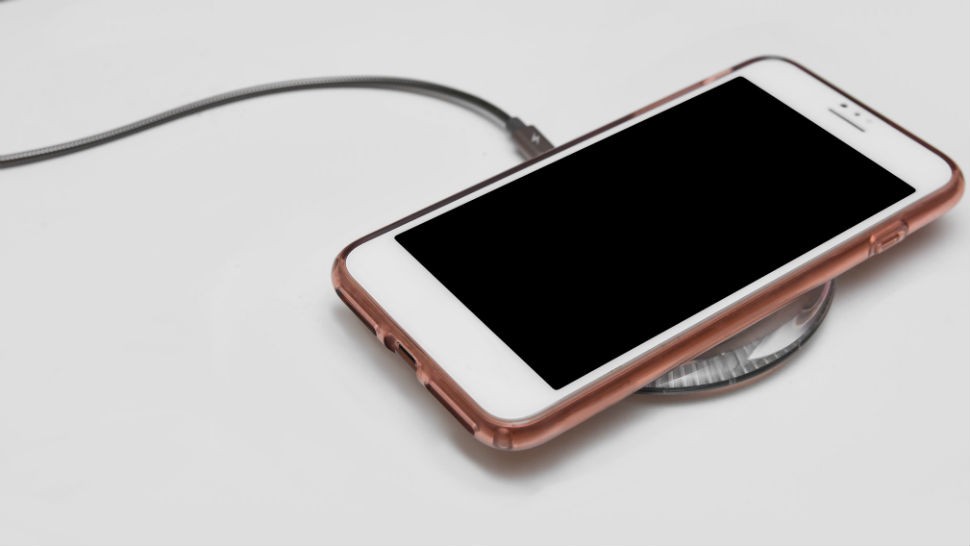 Though we hate to admit it, few things are more stressful than watching our cellphone’s battery slowly drain. The angst that comes with wondering if it will make it through the day and to its next charge is palpable, and we never feel truly good until we finally get to plug it back in.

But while few things are more satisfying than seeing our battery at 100 percent, the idea of carrying around a battery pack or plug as well as a charging cable is not particularly enticing. So, we normally just accept the pain of drain as a part of life.

One thing that could improve the entire process is wireless charging. Essentially, either through technology within the phone or a special battery or case, you’ll just need to rest your phone on top of the charger — no cables required — and watch the battery meter rise.

How does wireless charging impact my battery?

Though wireless charging is not new, it is still something many people don’t have a great understanding of. The technology that allows the battery to replenish itself by just having it rest on a sort of pad seems far more complicated than just plugging a cord into the phone, and therefore a bit more confusing to most.

Wireless charging is really nothing to be afraid of, though with Apple finally bringing the capability to its newer phones, it is only going to rise in popularity. The question of how it will affect your battery is one that needs to be answered, but first, it helps to understand what, exactly, wireless charging is.

While there are a few different types of wireless charging, the most popular — and the one adopted by Apple — is the Qi specification. Qi uses inductive charging technology and is not at all difficult to set up.

In fact, Qi is so popular it is found in dozens of different car models across various manufacturers, as well as restaurants, hotels and airports all around the world. According to the Wireless Power Consortium, which is in charge of the Qi standard, there are more than 5,000 public Qi charging locations worldwide.

Plenty of different companies are involved, but the vast majority of wireless charging uses Qi.

Is it bad for your battery? Actually, charging already is

Since Qi is still new to many people, there may be a fear that it will be worse for their smartphone’s battery. It’s a valid concern, of course, though the answer to the question is kind of murky.

According to experts, it is not a good idea to keep your phone fully charged all the time. Whether it is kept that way with or without a wire is mostly irrelevant. Though you can’t overcharge a phone’s battery, keeping it at the max will cause it to degrade more quickly.

While the battery is discharging, the ions are moved back to the positive side, which then creates electricity. The electrolyte that serves as a medium for the back-and-forth of ions degrades over time, or in this case, uses.

Along with that, the more charged the battery already is, the faster the electrolyte degrades. This is the same for both wired and wireless charging.

So, wireless or wired?

There is some thought that wireless charging will hasten the decline of your phone’s battery, with the belief being that the inductive coils used in wireless charging make use of the lithium-ion battery to keep the phone on while it is on the charging pad, whereas with wired charging that responsibility is on the cord.

However, the push back against that complaint from industry experts is that while the battery will normally decrease as the number for the recharge cycle increases, battery lifetime sees a four-time increase when the amount of battery is drained is held to about 50 percent.

In other words, if you don’t let your phone drain to below 50 percent and instead just top it off throughout the day, its battery may last even longer.

As with most things, there are usually three sides to every story. In this case, there is the pro-wireless side and the anti-wireless side, with the truth likely falling somewhere in between.

Batteries for the iPhone 8 and X are designed to keep about 80 percent of their recharge capacity at 500 complete recharge cycles, and most people seem to get between two to three solid years out of their phones. How long you get very much depends on your charging habits, though with the rate at which we tend to get new phones, two to three years is probably enough.

Whether you plan on turning to wireless to power your battery will be totally up to you. Because as Qi charging continues to rise in prevalence, more folks will give it a shot and get to decide for themselves whether or not their batteries are impacted — positively or negatively (a little battery pun for ya!) because of it.

Have a question about wireless charging? Kim has your answer! Click here to send Kim a question, she may use it and answer it on her radio show. The Kim Komando Show is broadcast on over 450 stations. Click here to find the show time in your area.

Deciding between an S9 and iPhone X?

It has finally happened. You knew it was coming. We’re now in the era when smartphones will set you back $1,000 – or close. Samsung and Apple are leading the way, but which phone is better? We break it all down here.