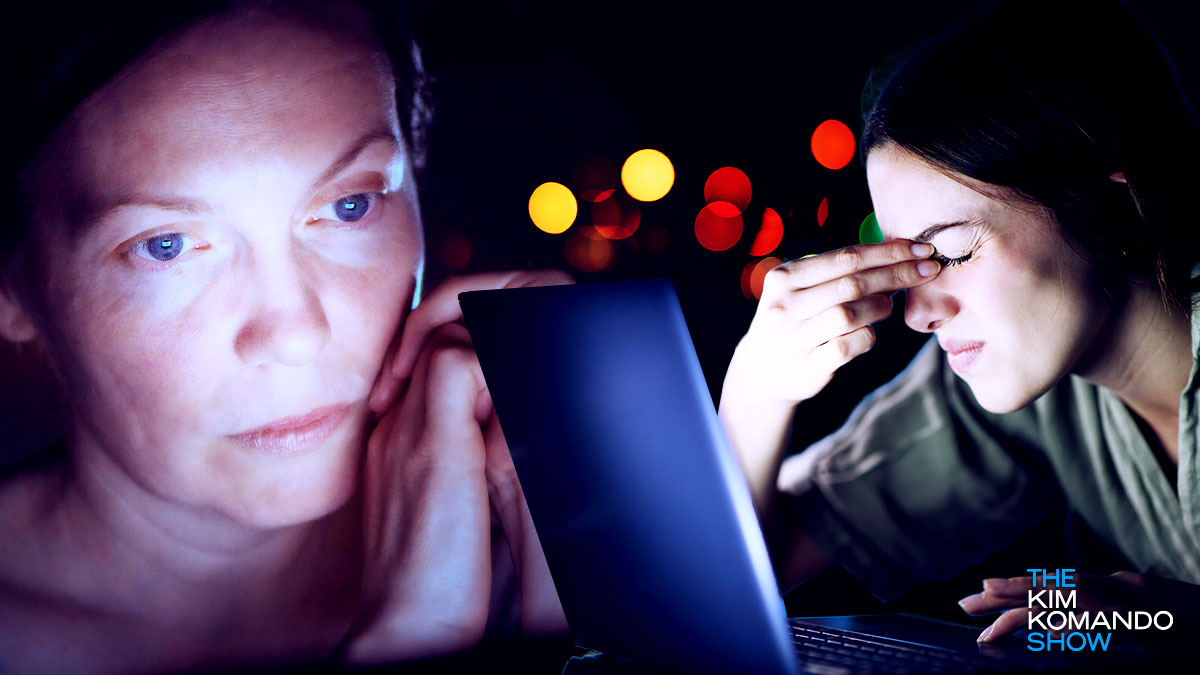 Many people readily admit that they sleep with their mobile phones next to their beds. Scrolling through social media or catching up on the news is often the last thing people do before switching off the light.

That is a bad idea, as it doesn’t allow the brain to unwind from a strenuous day and keeps it engaged for much longer. If you find it hard to fall asleep or you keep tossing and turning, looking at your screen before lights out is probably to blame.

But there is another issue with staring at a screen for a long time. Read on to find out how your gadgets make you look older than you are.

Many sleep studies are trying to figure out the most common causes of restless nights. But while stress and anxiety play a significant role, the reasons might be hiding inside your mobile device. Modern screens emit blue light, and while it is everywhere, the high concentrations from a phone or monitor can cause premature aging.

Skincare experts have linked blue light from devices to skin problems, and while most of it comes from the sun, it can cause fine lines, wrinkles, and hyperpigmentation.

“A small study suggests that exposure to blue light might stimulate the production of free radicals in the skin, which can accelerate the appearance of aging,” explained dermatologist Dr. Marisa Garshick to InStyle.

If you need more convincing that blue light is bad, a Harvard study found a possible connection between blue light, diabetes and obesity.

While there is no denying that blue light can adversely affect your eyes and brain, not everybody is convinced about the aging claims. For example, skincare maker Beiersdorf released its blue light study findings last year, contradicting other experts.

The company agrees that UV light is harmful to the skin but found that the blue light emitted from gadgets doesn’t trigger harmful skin effects. The study claims that you need to sit in front of a computer monitor for an entire week to get the same level of UV as standing in the sun for one minute.

Unfortunately, you can find blue light in almost all devices with a screen. But that doesn’t mean that you should throw them out or slather your face with sunscreen. There are a few things that you can do to minimize your exposure in the future:

10 best ways to block blue light to protect your eyes