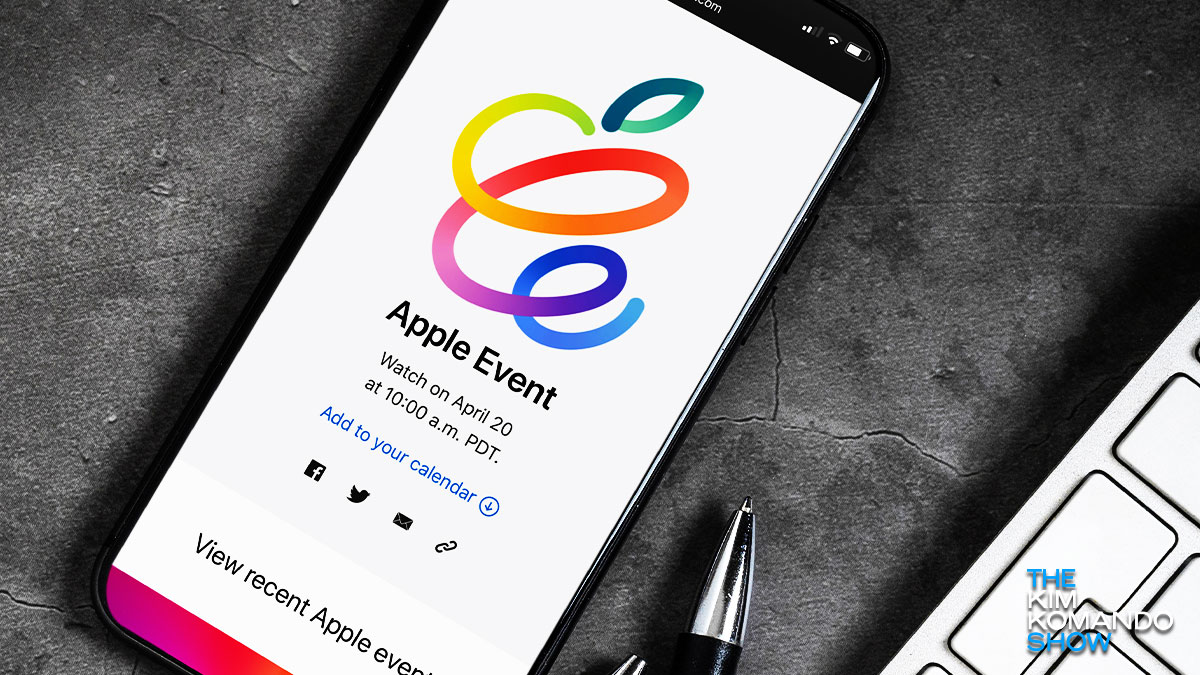 In the market for a new Apple device? You might want to hold off on those plans for just a bit. Bad news if you use Android: Study finds Google collects 20x more data than Apple.

Apple confirmed it will be holding a special event Tuesday, April 20, and is expected to unveil some new tech. The company itself has been tight-lipped as to what to expect.

The event’s tagline is “Spring Loaded” and should be a tiny clue to upcoming products or services. What exactly remains to be seen. But there is speculation as to what gadgets are on the way, and we have all the details.

If you want to mark the event in your calendar, you can click on this link. It will make a special entry and remind you on the day to tune into the live broadcast. It will start around 10:00 a.m. PDT and usually lasts for about two hours.

As for the products, there are rumors that Apple will be focusing on more home-bound equipment. The pandemic might be winding down, but it has forever changed how we conduct business.

Expected to be announced is a redesigned iMac to work with the Pro Display XDR monitor. Both will apparently feature new Apple Silicon chipsets. This will follow the launch of last year’s 10th-generation Intel processor iMacs.

In terms of new iPad models, expect faster and better specs. The 2021 version of the iPad Pro will have the same look and feel but be upgraded with a new A14X chipset and mini-LED display.

A new iPad mini could also be on the way. The tablet design has been the same for years, and it is thought that Apple will finally give it the makeover it deserves. This reportedly includes a bigger screen and a faster processor.

Why should you wait?

Looking for a new iPad or Mac, it is obviously better to wait until all the announcements have been made. You wouldn’t be thrilled if you bought a new device at the premium price, just for a newer model released a few days later.

And if you wait and don’t need the latest and greatest models, you could see reduced pricing on those available now. As the new products are unveiled, many stores would like to get old stock out of the door faster.

Here are some of the gadget updates rumored to be announced:

We’ll keep you informed of whatever Apple announces at the special event. Keep checking in at komando.com for all the latest news.

Apple tip: How to record your phone screen