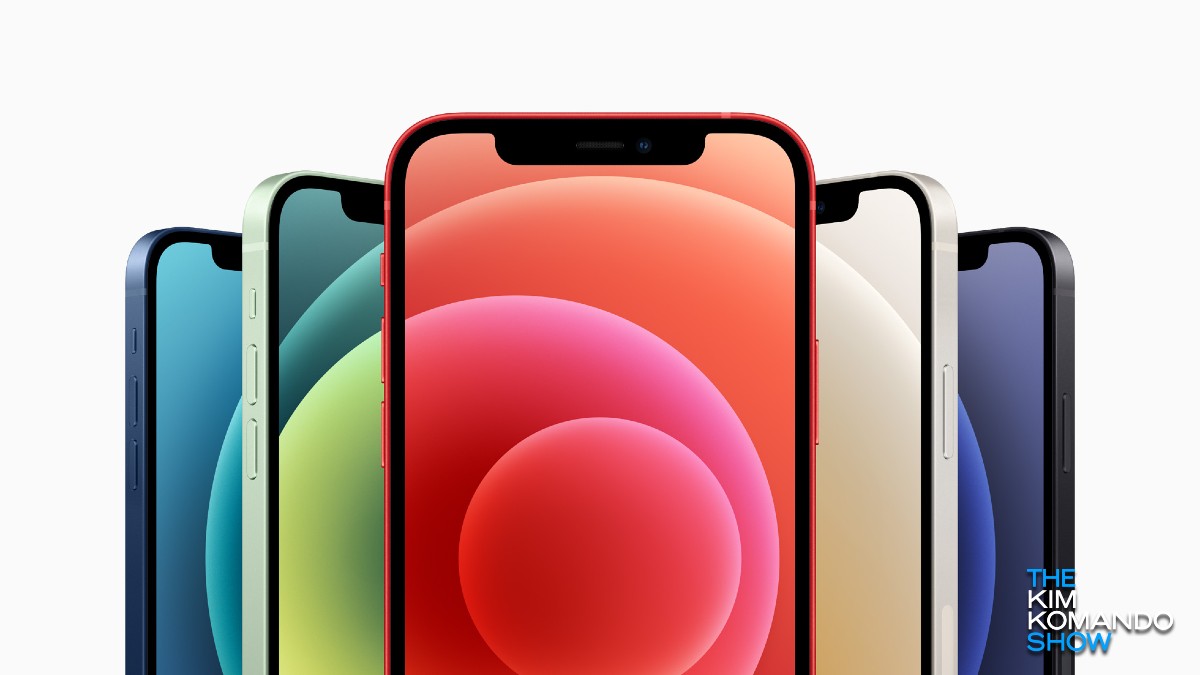 The time has finally come. After months of delays and uncertainty caused by COVID-19, Apple finally revealed its mysterious new iPhone model: The iPhone 12.

Before Apple’s special announcement, we only knew bits and pieces of information about the new phones. What we do know all about, though, is iOS 14 — the newest version of iOS shipping with the iPhone 12. Tap or click here to see everything we know about iOS 14.

Now that Apple has officially revealed the new iPhone 12, fans all over the world have one question: Is it worth the upgrade? We’ll show you everything you’ll get with the iPhone 12, 12 Mini, 12 Pro and 12 Pro Max, as well as how much you’ll be spending to make the switch.

We knew Apple had at least one new iPhone up its sleeve, but we didn’t expect so many new models releasing at once! As it turns out, Apple has taken full advantage of its longer upgrade cycle to give users four different iPhone 12 models to choose from.

The first and most obvious is the highly anticipated iPhone 12 proper. It features an all-new body design with a 6.1-inch screen. That’s the same as the screen size found on last year’s base model iPhone 11.

The design obviously takes cues from classic models like the iPhone 4 and 5, but the tech inside is miles above those. For starters, it includes Apple’s blazing fast A14 Bionic chip for top-notch performance. And for photographers out there, the phone features two 12MP ultra-wide camera lenses with a Night Mode that’s optimized for shooting in low light.

What’s more, the entire edge of the phone is enclosed in aluminum for durability. It uses what Apple calls a “ceramic shield” instead of glass. This makes the phone supposedly four times harder to crack when dropped. You also have several colors to pick from, including a new blue, white, black, green and Product Red.

Best of all, every iPhone 12 model comes with 5G capability right out of the box. You’ll need to live in an area where 5G service is available to make use of this upgrade. Tap or click here to see if 5G is coming to your neighborhood.

A smaller phone with powerful guts

If you think iPhone 12’s screen is a bit too big, don’t worry — Apple has you covered. The iPhone 12 Mini is a slightly smaller take on iPhone 12 with a screen size of 5.4-inches. That’s a bit smaller than the iPhone XS, which topped out at 5.85-inches.

Even though the screen is smaller, the phone isn’t pulling any punches. It includes the same powerful specs as the iPhone 12 — including the upgraded A14 Bionic chip, cameras and 5G capability.

The iPhone 12 Mini starts at $699 for the 64GB model. In a nutshell, you’re saving $100 by picking a phone with a smaller display, but at least you’re not sacrificing power for price. Pre-orders start on Nov. 6, with the phone officially releasing on Nov. 13.

Bigger phones for those who want to go Pro

Just like in previous years, Apple is also offering higher-end phones for smartphone fans who want a first-class experience.

The iPhone 12 Pro is the same exact size as iPhone 12, but you can tell it apart thanks to a few unique exterior features. The most obvious is its brand new telephoto lens with a zoom of up to 2.5x. This gives iPhone 12 Pro a total of three lenses in its camera array. Pro users can also choose from four exclusive colors: Pacific Blue, silver, gold and graphite.

The new cameras can record videos in HDR, and support Dolby Vision for crystal-clear quality. It also features a LiDAR scanner, which uses lasers to detect depth and distance between objects. This gives you much cleaner photos with less blur or fuzziness — even in low light settings.

And if you want to go even bigger, iPhone 12 Pro Max includes a gargantuan 6.7-inch screen and a telephoto lens with an optical zoom of up to 2.5x. That’s one powerful camera!

These phones all sound great, but what’s the catch?

New tech is rarely perfect right out of the box, and the new iPhones are no exception. Unlike in previous years, these new phones won’t ship with a charging block or EarPods, so hang on to those old adapters and headphones from your current iPhone.

Apple claims removing these accessories helps the company reduce its carbon footprint. But if that’s the case, why sell the phones for higher than what last year’s phones cost?

That’s not the only change you’ll find on the new iPhones. For the first time, Apple swapped the USB to Lightning cables for USB-C to Lightning cables. Yes, you read that right: The end of the charger that plugs into the phone isn’t USB-C. This means you’ll need to buy a charging adapter if you don’t have any USB-C ports on your computer. Yikes!

If you happen to have wireless chargers at home, you won’t have to buy anything new. But if you choose to wait, you’ll be able to get one of Apple’s new MagSafe-compatible products. MagSafe chargers use magnets to secure the phone while it’s charging, which also lets the iPhone use unique clip-on accessories like this wallet that sticks to the back of the phone.

If all this sounds like a strain on your wallet, keep in mind that the iPhone SE released back in April gives you plenty of power for a fraction of the cost. Tap or click here to find out more about the iPhone SE.

Bonus: Apple refuses to give up on the HomePod

In an unexpected twist, Apple also revealed a new version of its oft-forgotten HomePod speakers. The new HomePod Mini is just $99, which is much less than the current model’s asking price of $299 and comes in white and Space Gray finishes. Pre-orders start on Nov. 6, with the device officially releasing on Nov. 16.

The HomePod Mini features deep integration with Siri, so you can expect it to work similarly to an Amazon Echo device. It can recognize different voices from the same household, and even includes an Intercom feature like the one Alexa can use.

And just like Alexa, you can opt-out of having your recordings transcribed to protect your privacy. Hey, at least they’re telling us about it upfront this time. Tap or click here to see how Apple apologized for recording Siri interactions.