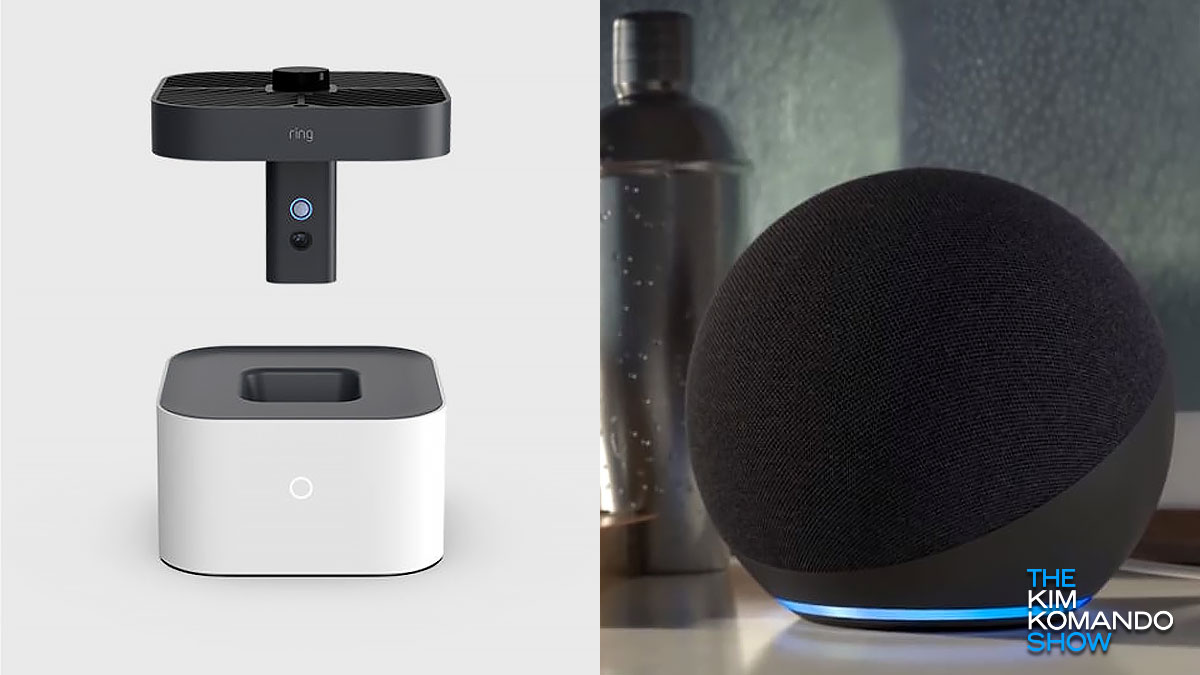 Apple isn’t the only tech company with a major event this fall. Amazon just wrapped up its own set of announcements that include a trove of new devices — as well as updates to some of your favorite gadgets.

Why so many new gadgets? Many of these products have been in the works for a while, but let’s be real: Amazon had to do something with all that money it made during the pandemic. Tap or click here to see how much it made compared to Black Friday.

Amazon’s latest product announcements include a smart mailbox sensor, updated Echo devices and new Fire TV Stick. But the biggest surprise of all came in the form of a flying security drone that lives with you in your house. Is this the future of home security? Are we finally living in a techno dystopia? Here are all the biggest reveals from Amazon’s fall event.

This is the scary future we warned you about

Amazon’s Ring security system has grown more robust with each release. But this new flying drone from Amazon might be a little overkill.

The Ring Always Home Cam is an autonomous flying drone that acts as a personal security guard. The robot charges itself using a cubed-shaped housing that also hides its camera lens when it’s not in use. But once you leave (and set it on a schedule) it gets to work without any user input. Then, you can use the Ring app to take a peek through the Drone’s eyes and see what it sees.

It can also work with your home’s other Ring sensors to detect intruders. This will cause the drone to activate and catch them in the act — but anyone breaking into your house will probably just smash the drone with a bat before it has a chance to alert you.

Not only that, but we can imagine household pets won’t take too kindly to this new addition to the family. Cats perched up high on a fridge or shelf may find it fun to jump on the drone mid-flight, for example. And good luck to your neighbors — who may be dealing with your dog barking much more than usual.

Oh, and it’s also apparently quite noisy. Amazon itself claims the Always Home Cam is “privacy you can hear.” Maybe the entire point is to alert intruders that they’ll soon be on camera.

No price has been announced for the drone, but Amazon projects a release date some time in 2021.

What else did Amazon mention at its event?

Amazon’s home security drone wasn’t its only big announcement. Amazon has updated several of its bestselling gadgets with new designs and interfaces:

Get free overnight shipping by visiting Eero.com/Kim and use promo code Kim at checkout.

Are any of these new devices up your alley? Even if you’re not a drone or voice assistant person, the updates to eero routers and Fire TV Stick are sure to be hot sellers this holiday season.

But we’ll pass on the drone, personally. We don’t need Amazon flying into our rooms and watching us at night.