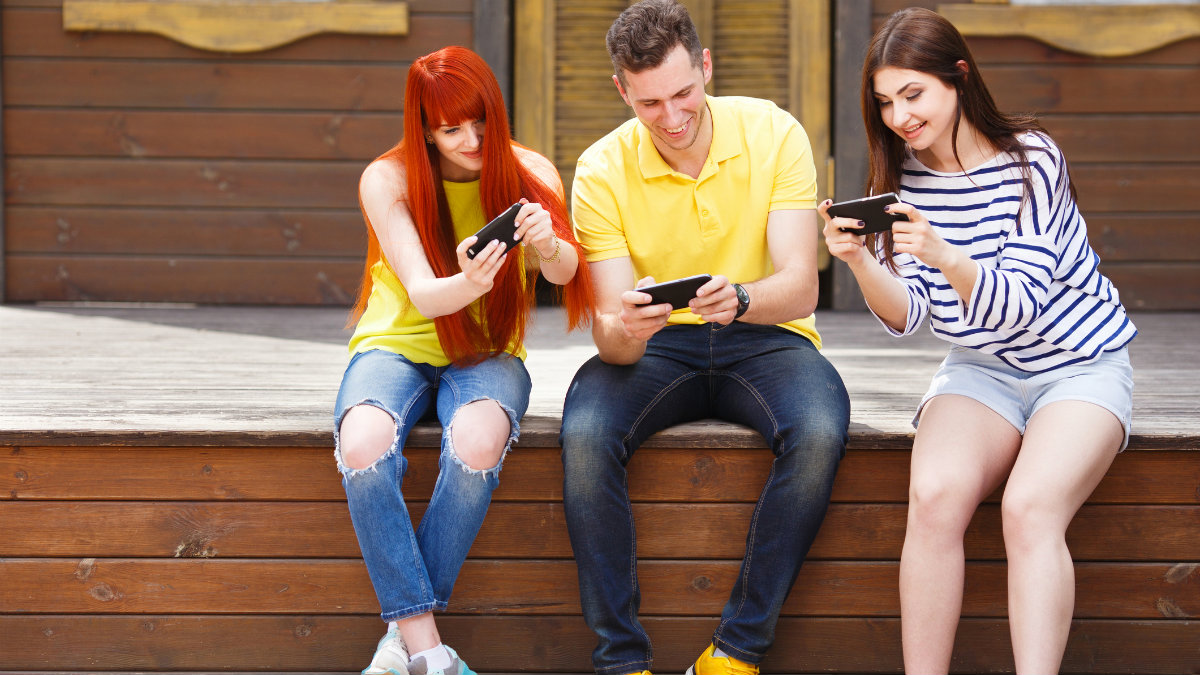 With millions of apps available for download, it can be tough to know where to begin. But considering the world out there today it’s important to find time to relax, even if it’s just for a few minutes. To help cut through the noise, we’ve assembled a list of the very best mobile games out there for iPhone and Android.

Are you looking for free games you can play on your computer? We’ve got you covered: Tap or click for thousands of free retro Windows games.

This isn’t any old top games list: to make things simpler, we’ve split our list into different categories. We’ll take a look at games you might not have heard of, award-winning games, and can’t-miss classics. Regardless of what kind of phone you’ve got or what games you’re into, read on to find out about the perfect game for you that you can start playing on your phone today!

Alto’s Adventure, available on iOS and Android, is an endless-runner style snowboarding game and was originally released in 2015. Moving from left to right and tearing through procedurally generated environments, the player performs tricks, accumulates points, and works toward upgrades. Critics and fans alike note the game’s unique atmosphere and art-direction, which gives a surreal, ethereal, chill take on snowboarding as opposed to more traditional nonstop action.

Cross-Stitch World, available on iOS and Android, is exactly what it sounds like: a cross-stitching game! In the world of cross-stitching, you can discover thousands of different, varied patterns to work on and build your collection with. Simply choose your pattern, select a colored thread and start tapping to place stitches, and there you have it! If you can’t find patterns you like, you can create your own using your own images, though new patterns are released on the app regularly.

Tiny Wings is an iOS Flappy Bird-style game with a gorgeous, trippy and psychedelic aesthetic. You play as a tiny bird whose wings are too weak to fly, so you’ll jump and hurl yourself to victory, flapping your tiny wings all the while. Fans of the game note Tiny Wings is a less arcadey take on the Flappy Bird genre, aiming to be a serene, chill experience first and foremost.

Fruit Ninja, available on iOS and Android, is a juggernaut in the mobile gaming world and has been ever since its original launch over 10 years ago. Its success is easy to understand because the core concept of the game is so intuitive and addicting: You’re a ninja. A fruit ninja whose only goal is to become the master of slicing fruit. Chaining together combos as you rip apart melons and kiwis alike with your razor-sharp blade is still a thrill to this day, and competing with your friends and strangers for the highest scores is always a delight!

Papers, Please is an iOS dystopian document thriller game. If that sounds weird, that’s because it is, but it’s the entertaining kind of weird. In Papers, Please you play as an immigration inspector in the communist state of Arstotzka whose job is to control the flow of people entering into the city. It’s a strange, surreal, dark game you can’t really win, but many have called this mobile game one of the best examples of video games as art in modern times. It’s well worth your time!

Pokemon Masters EX, available on iOS and Android, is a full-fledged free-to-play mobile Pokemon game. It’s not in the style of the mainline series, much more in the spirit of a spinoff. In Pokemon Masters EX, players can explore a new island, Pasio, while they battle and recruit other well-known Pokemon Trainers from the mainline games. Hatch eggs, build the ultimate team, and enjoy an original story that crosses generational lines in the world of Pokemon!

Bejeweled, available on iOS and Android, has been around forever and has done more than its part to help popularize the tile-matching game genre. Today, matching jewels, activating combos, and racking up points is as fun and addictive as it ever was, and tile-matching games are excellent choices for gaming on the go.

Two Dots, available on iOS and Android, is an indie puzzle game where players join two brave dots as they explore a strange and often dangerous world. There are a variety of brain-twisting dot-based puzzles where players match colors, relax, connect the dots, exercise their brains and make beautiful designs as well as search for hidden objects.

Children of the Light

Children of the Light, available on iOS and Android, is a social indie adventure game developed by prestigious developer Thatgamecompany. Thatgamecompany is perhaps best known for its 2012 classic Journey, but the company has many fans of its 2016 release Abzu, too. Children of the Light is a colorful, enchanting game where players explore a beautifully animated kingdom, spreading hope and light through all the lands.

Star Trek Fleet Command, available on iOS and Android, is a strategy game set in the Star Trek universe. If you aren’t familiar with the 4X genre, it’s a subset of strategy games focused on exploration, expansions, exploitation, and elimination that are most often found on PC. Star Trek Fleet Commands aims to bring a deep, customizable strategy experience to your phone, and in-game players can vie for power, explore new worlds, build up ships and bases, encounter well-known Star Trek characters and much more!

This 2048 app for Android is an indie puzzle game with a simple premise: join numbers to make the number 2048. Numbers are represented by tiles, and you can manipulate tiles to combine numbers together. As your tiles get larger and larger in number, you have to think much more carefully about what you combine to make sure you can reach 2048. Today you can enjoy the game without ads and with detailed statistics to review every game after the fact. If this sounds like a “math game”, it’s not: it’s an addicting puzzler anyone can jump into!

Candy Crush Saga, available on iOS and Android, is a game you’ve probably heard of before. Candy Crush has gone on to become an international phenomenon, addicting people world’s away with its candy-sweet match-3 goodness. If you aren’t already a Candy Crush fan, the aim of the game is simple: match 3 of the same tile together. By doing this, you can chain together bigger and bigger unlocks and score more and more points. Saga even has thousands of puzzles and new worlds to explore all with the central match-3 Candy Crush classic theme at heart.

Tetris, available on iOS and Android, is a game that has come to nearly every device capable of playing video games over the last few decades. Accordingly, Tetris has made its way onto phones, too. In the mobile version of the game, you can play the classic block matching puzzler as well as PVP Tetris matches, cash prize tournaments, and a variety of new game modes with twists on the classic Tetris formula.

Mario Kart Tour, available on iOS and Android, is surprisingly a full-fledged Mario Kart game on your phone. That’s right! Developed by Nintendo, Mario Kart Tour is the definitive way to play Mario Kart without a dedicated console. Mario kart Tour supports racing in either portrait or landscape mode, has multiplayer, and brings that classic item-based, high-score pursuit Mario Kart is known around the world for right to your fingertips.

Still finding yourself bored? Kim has some recommendations of her own! Tap or click here for 5 ways tech can help you stay sane while you stay home.