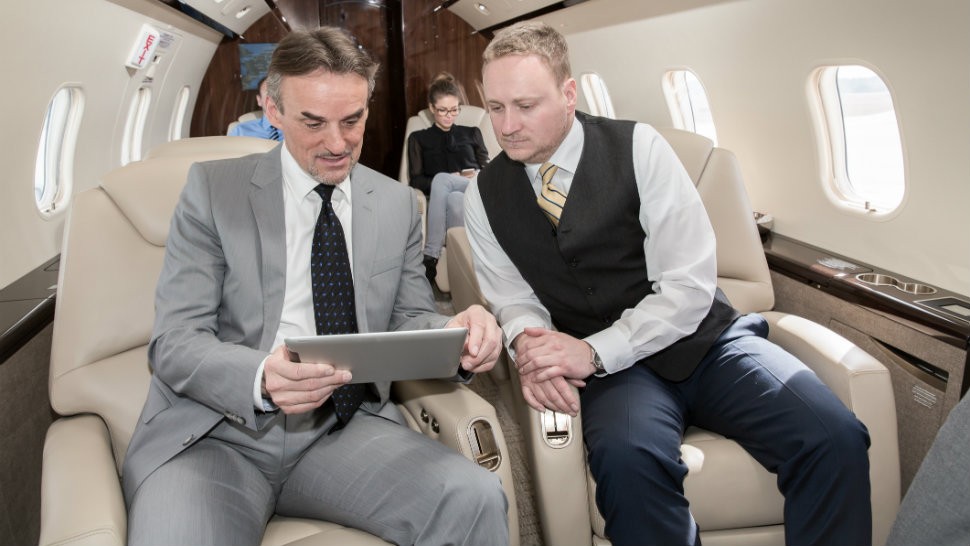 If you’re riding on a train, bus, or airplane, odds are your journey to your destination might be somewhat dull. Picking something to watch while you travel is of the utmost importance, but it can be a chore to decide, especially if you have somewhere you need to be.

Wouldn’t it be much more convenient to have a selection of videos to choose from? Including TV shows, game shows, and hit Hollywood flicks? Well, Netflix probably came to mind, but there are some definite downsides to the service. It’s not free, for one, and much of the content on Netflix leaves something to be desired.

But fear not, Komando.com readers! We’ve found the perfect app to keep you entertained while you travel. Not only does this app keep 1000s of popular shows and movies on rotation, but it’s also completely free to download on both iOS and Android. Here’s where you can get your hands on this one-of-a-kind app.

Pluto TV brings the fun and convenience of live TV into a small, streaming package with no upfront charges. In fact, the service is totally free to use.

It works by giving you a wide choice of videos and placing advertisements in between them as you watch. This is similar to YouTube’s business model, only instead of user-created content, you have access to live channels, news and genuine Hollywood movies.

Unlike Netflix or Hulu, Pluto TV’s approach mirrors the traditional layout of your channel surfing days of yore. Content is grouped into individual “channels” you can tune in to watch. Programming is scheduled for specific times, but you can get a full listing of what’s on the air right inside the app.

And as for channel options, the app’s chock full of them. There’s even a channel called “Cats 24/7” that shows nothing but viral videos of kitties acting cute. It really is TV for the modern age.

Interestingly, the entire application is backed by Viacom, a major media conglomerate that owns channels like MTV, BET, Comedy Central and Nickelodeon. What this means is the content you’re served is coming from a genuine source, so there’s no piracy risk if you decide to use Pluto TV to watch your favorite shows and movies.

Where can I watch?

To start streaming movies and shows from Pluto TV, you’ll need to be in range of cellular data or Wi-Fi for maximum speed and quality; however, as we’ve discussed before, there can be risks with connecting your phone to public networks. That’s why you should take advantage of a Virtual Private Network while connecting to public Wi-Fi, which masks your identity and keeps you and your data safe and private. We recommend our sponsor, ExpressVPN, for its speed, quality and reliability.

Protect your privacy with the VPN Kim trusts: ExpressVPN. Get three months free when you sign up for one year at ExpressVPN.com/Kim.

Pluto TV is available as a free download for both iOS and Android. The application is ad-supported, so don’t be surprised to see commercials between your videos. But then again, that’s not really all that different from an actual TV subscription, is it?