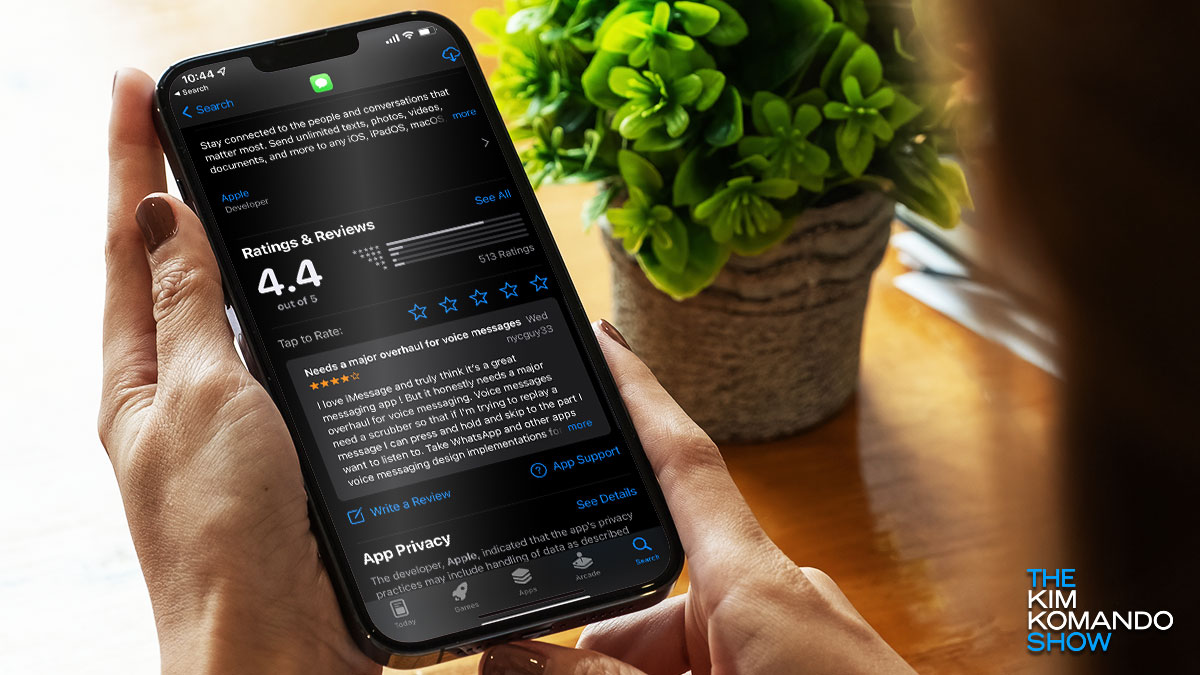 Our smartphones give us something to do while in the dentist’s waiting room. They help us keep in touch with our employers, family and friends (for better or worse). There’s no way to list everything you can do with your phone, but no matter what it is, there’s an app for that.

While it’s nice to be able to load your phone with useful and entertaining apps, there could be too much of a good thing. Too many apps slow down your phone, eat up storage space and can even compromise your security. When’s the last time you looked through them and cut some loose? Tap or click here for tips on performing a proper app audit.

Reviews can help weed out the apps you don’t need. Until last month, Apple’s native apps were the exception when the Cupertino company started letting users share a piece of their mind. That’s now been expanded to include more apps.

Apple’s apps are hit and miss

Following the release of iOS 15, Apple finally started letting iPhone and iPad owners review some of the native apps that come with the devices. Apps such as Stocks, Mail, Weather, Podcasts, News and Voice Memos were put under scrutiny, and not all fared well.

Podcasts, for example, currently has just a 1.5-star review in the App Store. News isn’t faring much better with its 2.4 rating. People seem to like Voice Memos, which sits at a 4.0 and Weather, which has a 3.8.

The list of first-party Apple apps you can review has been expanded with the release of 15.1 to include Messages, Phone, Photos and Safari, as spotted by Kosta Eleftheriou on Twitter.

Each of these apps has at least a 4.0 rating, with Messages topping them all with a 4.4.

Apple may be caving in to the pressure, as third-party apps are required to display their App Store ratings. Whatever the reason, it’s nice for Apple users to be able to give their own two cents.

Tap or click here to check out three new useful introduced with iOS 15.1.

How to review native Apple apps

Want to tell people how you feel about the apps you get with your Apple device, whether you like them or not?

First, you need to have the app installed on your device. In the case of these native apps, you probably have most of them. Now follow these instructions:

Apple announces new AirPods, MacBooks – Specs and how to order