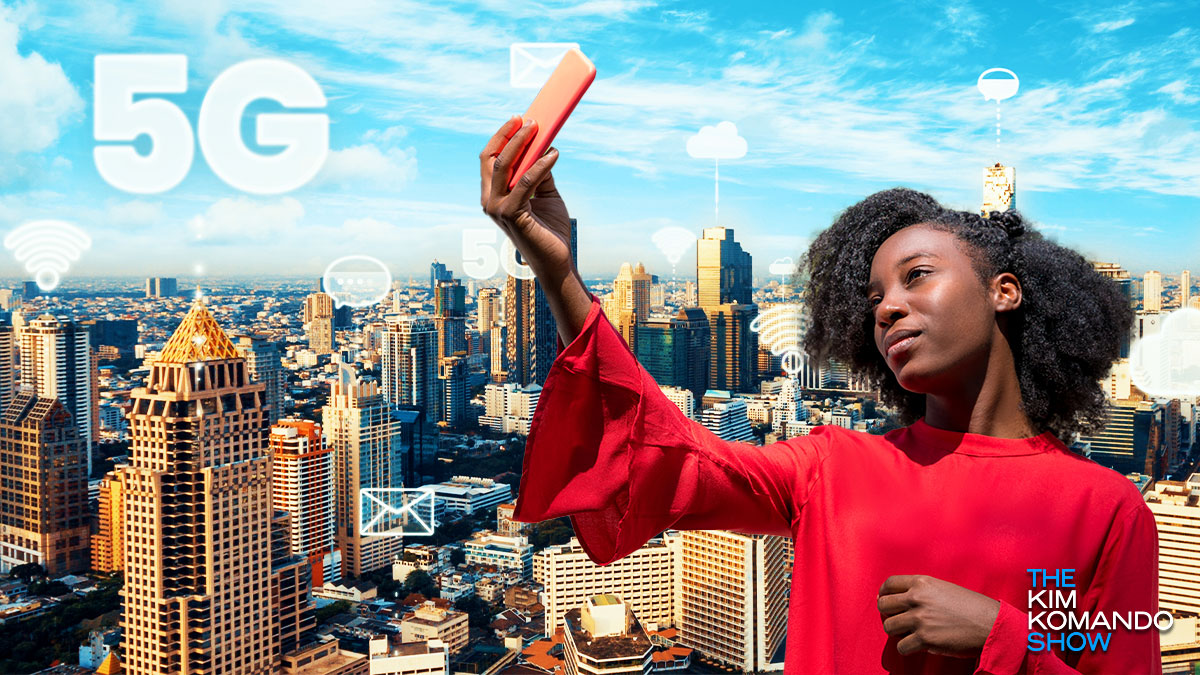 Social media is a fertile breeding ground for lies. When misinformation explodes in popularity, it spills into the real world, spreading chaos in the form of fires and toppled cell phone towers. Right now, a dangerous conspiracy is emerging: the idea that 5G cell phone towers cause coronavirus.

It’s understandable if you’re unsure how the cellular system works since it’s a complex topic with much technical jargon. Plus, companies aren’t exactly transparent or communicative about 5G tech. For example, Verizon recently randomly plopped down utility boxes on unsuspecting people’s properties. Tap or click here for the story behind the surprise 5G boxes residents couldn’t remove.

This tech can be hard to understand, which is why conspiracy theories are living in folks’ heads rent-free. Luckily, this helpful guide gives you the whole truth and nothing but the truth.

Where does this conspiracy theory come from?

Last year, attackers targeted 5G towers across the U.K. and Europe. According to telecommunications company Vodafone, arsonists attacked 20 towers — including one that helped a field hospital full of COVID-19 patients.

It’s a widespread misconception. In fact, Deloitte recently surveyed adults from 14 countries about their thoughts on this topic. The results were startling: One-fifth of adults in six countries think 5G comes with health risks.

Interestingly, there is no one uniform theory. Some people think 5G causes coronavirus. Others say COVID-19 is a man-made cover so that the government can take over the world with 5G. Others think the virus is an excuse to vaccinate the world as a form of control.

The lie that spread around the world had humble beginnings. It sprouted in January 2020 from a small Belgian newspaper called Het Laatste Nieuws. Reporters published an interview with Dr. Kris Van Kerckhoven, a general practitioner, and added an eerie headline: “5G is life-threatening, and no one knows it.”

According to Dr. Van Kerckhoven, 5G is dangerous and possibly linked to coronavirus. What the article failed to mention was that the doctor had no known credentials in radio frequency engineering. Furthermore, he had no scientific evidence to back up the claim — but people didn’t care.

Despite the lack of evidence, readers swallowed the idea hook, line and sinker. It didn’t matter that the claim came from a small newspaper most people never heard of — it played upon people’s fears and they ran with it. Even though Het Laatste Nieuws later deleted the article, it was too little too late. The conspiracy survived through blogs, comments and even celebrity social media feeds.

Stars made sure this lie burned bright

It’s no secret that influencers are hungry for the spotlight. What better way to steal attention than by spreading a shocking statement that will get jaws dropping? Celebrities like John Cusack, Woody Harrelson, Wiz Khalifa and Keri Hilson filled their followers’ feeds with this new idea, thus spreading misinformation to millions of people.

American actor John Cusack also shared the lie in a Twitter post. He swore at fans who disagreed with him, branding them as sheep. Once he was done bullying the fact-checkers, he quietly deleted the post.

Some celebrities are still spreading the myth to their friends. Now that we’re all locked down, social media clout is the only way for stars to get attention. And this outrageous claim is sure to generate a ton of clicks.

Celebrities sharing this idea on social media may be impacting their young followers. King’s College London reports that 22% of 16- to 24-year-olds think 5G is linked to COVID-19. That’s the highest percentage of any age group.

Off the phone screen, though, this idea has dire consequences. When people attack cell phone towers, they cripple everyone’s internet access. This hurts remote workers, students and even hospital workers trying to save patients with coronavirus.

As COVID-19 continues to spread and 5G networks pop up more frequently than ever before, these misconceptions will only worsen. That’s why we want to arm you with the facts. Stand out from the crowd and correct any misconceptions you find online — it could make all the difference in the long run.

Let’s clear up the confusion

There is no proven link between COVID-19 infections and the emergence of 5G networks. Also, it’s unlikely that any radiation from these networks or phones will affect anyone’s health, much less the health of future generations.

Despite common beliefs, radiation does not lead to radioactivity. It’s easy to misunderstand since the words sound similar, but the term “radiation” refers to how an object emits energy and gets absorbed by another object. For example, sunlight is a form of radiation: the sun throws down warm rays that humans and plants absorb.

Plus, 5G networks operate just like any other wireless network, like television signals, shortwave radios and FM satellites. The only difference? Their radio frequencies operate in low, mid and high microwave bands.

Get this: The radio waves coming from your microwave oven are way more powerful than waves from 5G systems. Basically, while 5G emits radiation, it’s not nearly enough to be radioactive, much less cause sickness. If you want to learn even more about this blazing hot topic, tap or click here for the complete guide on what 5G can do for you.

Amazon is banning books and films it doesn’t like