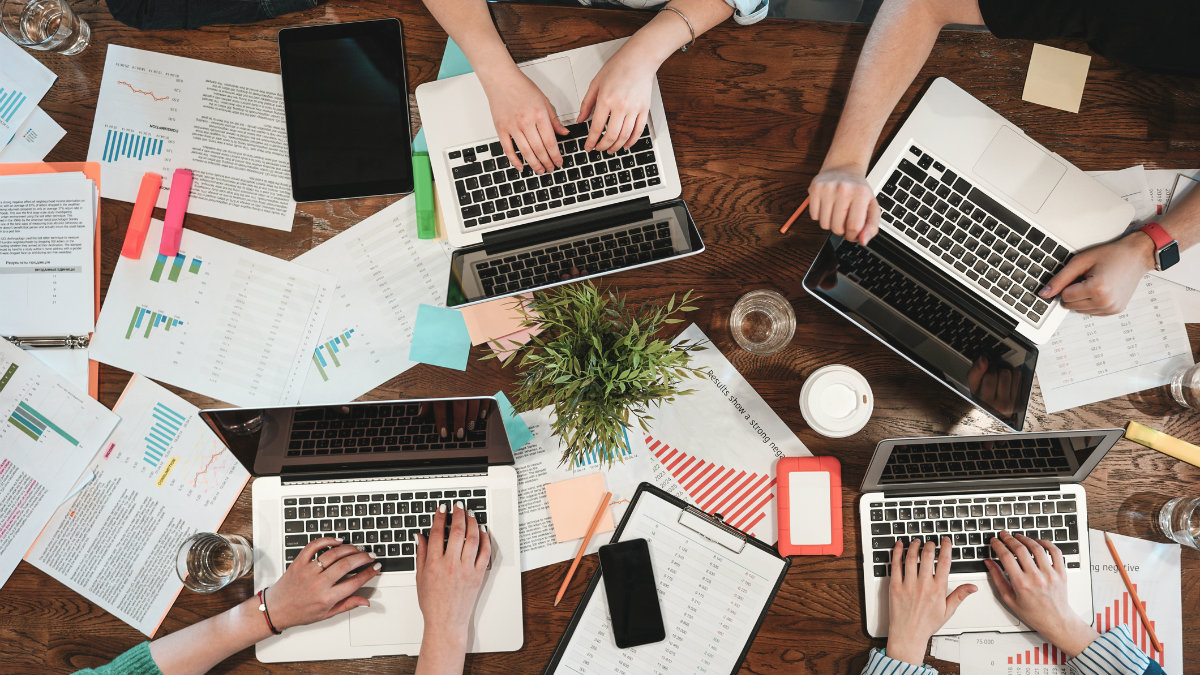 Looking to replace your current laptop? Maybe you finally want to get one after years with a desktop. Whatever your situation, there are amazing models you can get for yourself and your loved ones right now.

Even if you bought a laptop a few years ago, there are newer models now and we want to make sure you are updated with the latest and greatest technology.

We’ve rounded up some of our favorite popular laptops and we think you’ll like them too. Read on to see which one suits you best, and get your future favorite electronic device right away!

Great laptop options that you’re sure to love

The Dell XPS comes in two sizes — the Dell XPS 13, with a 13.4” screen, and the Dell XPS 15, which comes with a 15.6” screen. Both screens are anti-reflective, but the XPS 15 can showcase whatever’s on your computer screen in 4K UHD quality.

It’s nice to have a great display, but what the Dell XPS really has is computing power. With a minimum of16GB of RAM available in all XPS models, and able to go up to 32GB, these laptops are perfect for big coding projects and gaming.

If you’re often torn between getting a tablet or a laptop for your travels, you should really look at the HP Pavilion x360. With a touch screen, as well as four modes of standing (including a tent mode!), the x360 is perfect for versatile travelers.

For those often on the go, but who need to take notes, create presentations, check email, correct documents, and entertain themselves in rare bits of downtime, the x360 lets you do it all. You can even draw with it, though it doesn’t come with a stylus.

Like the sound of the x360, but want a stylus for a better touch screen experience? Think about getting the Microsoft Surface Go.

With 8 GB of RAM available (though the default is 4 GB), you can get equal computing power to the x360, but it’s lighter at just 1.15 pounds and has more touch capabilities.

Nine-hour battery life and pressurized line capabilities make this a great computer/tablet hybrid for traveling artists and those in creative fields. It’s also cheaper than the x360, coming in at the $450-$600 range.

A thing of note is that the Surface Go doesn’t run full Windows 10. It runs Windows 10 in S Mode, which works for basic purposes, but makes the machine a bit more like a tablet than a laptop.

The Surface Go also only gets you 64 GB or 128 GB of memory to use. That can be fine for many people, but for animation projects, or lots of drawing, you might want something with more memory space.

Yes, we have one more tablet/laptop hybrid to show you. But this one comes with a feature the others we’ve listed don’t, which may give it an advantage to you.

The Lenovo Flex 5 has a 360-degree hinge that allows it to tent and bend even more than the x360. It also comes with a stylus, not separately like the Surface Go, but has more memory space at 256 GB, and great computing power at 16 GB of RAM.

So if you travel a lot for work, but also have a passion for high-computing art or coding, this might be the perfect hybrid laptop for you. Costing around $600 most of the time, it’s a pretty low priced computer, with some great benefits.

Just know that this stylus, unlike the Surface Go one, requires a AAA battery to operate. The Surface Go pen requires no battery. That might affect how you pack and go, so it’s just something to keep in mind.

For those of you who have children or teens begging for their own laptop, we recommend the Acer Aspire 5. With a 15.6” screen and 4 GB of RAM for just $400-$450, it’s a fully functioning laptop that won’t break the bank, or break easily.

In the Acer Aspire 5, we see why Windows 10 in S Mode can be great. By only running so many apps, and having so many functions, your kids can do schoolwork and talk to friends, but not download malware or viruses very easily.

With a decent memory space of 128 GB, it should be perfect for any young person looking for a little technological independence. It could be a great first laptop for any technophobic people you know too!

We say “base” because the Air comes with all the properties of other Apple laptops, but those other laptops come with more features. The Air has a 13.3” screen, for example, and 8 GB of RAM. You can go larger with both, just for a larger price.

Similarly, the MacBook Air starts at 256 GB of memory space and can go up to 2 TB, like other Apple laptops. It has a retina screen like the others, and three gorgeous color options so you can have a pretty computer in addition to a powerful one.

Its name used to mean that the MacBook Air was the lightest of the Apple laptops too. That’s still true, it weighs just 2.75 pounds, but the MacBook Pro weighs 3.02 pounds, so that distance is much shorter than it used to be as well.

The MacBook Air mostly stands out by being cheaper, costing around $950-$1,200. If you want a first Apple computer, and the ability to sync between Apple devices, we recommend the Air.

With its screen quality, an Apple laptop is good for artists and video editors as well. But if you want maximum features, you’ll want to read the next section.

The Apple MacBook Pro, as we said above, has the features and capabilities of the MacBook Air. It’s just a step up.

The MacBook Pro comes with 512 GB of memory and can go to 8 TB of storage. With a 16” retina display, and the ability to have up to 64 GB of RAM, editing, art, and doing anything on the computer can be smooth as silk.

You can’t get better computers for visual work than those from Apple. With the Touch Bar, you can also get faster shortcuts in most programs (the Air has the Touch ID capabilities of the Touch Bar, but not the Touch Bar itself).

What you lose in getting a MacBook Pro, or any Apple computer, is money. The MacBook Pro starts around $1,500, and additional features can make it cost as much as $2,300.

Since there aren’t many Apple computer viruses, though, and you may have a need for a powerful computer with a great display, it can absolutely be worth the money. You just have to decide if that price is a little too high for your budget.

There are a lot of factors to consider while buying a laptop. Tap or click here for seven of them we think you should think about before buying one.

We hope talking about our current favorites will help you find the laptop of your dreams or at least the one that best fits your needs and lifestyle. All of the ones we’ve listed are great machines, and we think you’ll find your new favorite for sure.