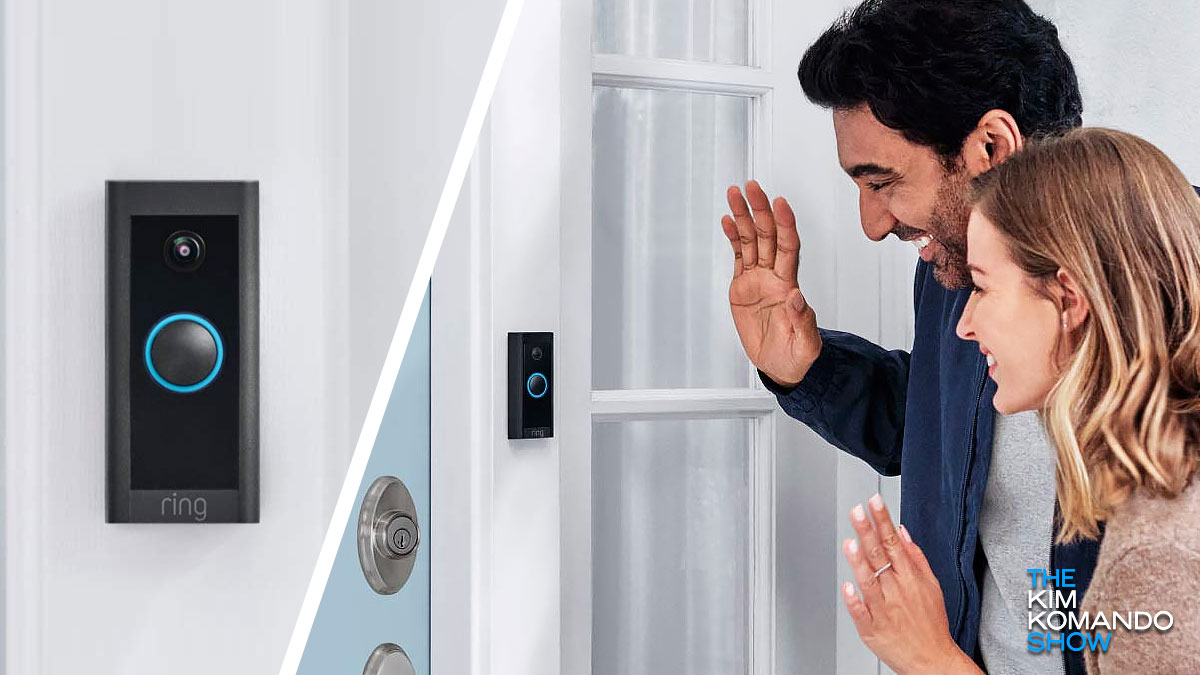 When the doorbell rings, you can never be sure who is waiting for you on the other side. If you are not expecting a visitor, it would be great to see who’s knocking without having to go right up to the door.

Ring specializes in making doorbells that integrate with motion cameras, so you can take a peek before answering. The great thing about Ring is that the doorbell’s camera feed can be viewed on your smartphone from anywhere in the world. Not only can you keep track of deliveries, but you can also record porch pirates in the act. Tap or click for clever ways to stop porch pirates.

Having an already successful lineup of devices, Ring has added a new product to its stable. Video Doorbell Wired is the smallest device that it’s ever made. But that doesn’t mean that it lacks features. In fact, it has just as many operational settings as earlier versions and includes a 1080p video camera.

By using the provided jumper cable, you connect it to your existing doorbell’s chime. If you don’t have an existing chime, you can buy Video Doorbell Wired with Ring Chime.

Coming in at just 3.98in x 1.8in x 0.88in, it can readily compete with other doorbells in its range. Some of the features include:

Here’s a quick video overview of the Video Doorbell Wired:

Pound for pound, the Wired model is almost identical to the 2020 Video Doorbell. Apart from the obvious size difference, both models have the same video and two-way talk features. Both also feature motion detection and the ability to control it through the Ring app.

Due to its size, the Wired version only comes in single-band 2.4GHz Wi-Fi, while the 2020 Video Doorbell is dual-band capable. The Wired one also doesn’t support interchangeable faceplates or Inbox accessories.

One Ring to rule them all

After all the installation instructions have been followed (which Ring estimates should be around 15 minutes), you are ready to go. By connecting the doorbell to the Ring app, you will be set up.

The doorbell’s main feature is to see who is lurking on the front porch, but you can also set it up so that it doesn’t scan certain areas. The Privacy Zone is designed so that it doesn’t alert you to movement in designated spots.

Alexa can now control your smart gadgets, without your commands