MacBooks are impressive, lightning-fast laptops that continue to improve yearly. But that raises the question: do you need to buy into the latest advancement, or will an older generation be more than enough for your needs?

Older MacBooks are plenty powerful. A refurbished 2018 MacBook with a 15” screen comes with impressive statistics that would be enough for most personal and creative applications.

A 2018 MacBook can come with 256 GB of storage and 16 GB of memory. Those specs alone are incredible unless you’re rendering animations in Blender or using other intense applications.

But the issue is this is an outdated 2018 model. Apple isn’t manufacturing new ones anymore for obvious reasons. While the price can be knocked down by up to 80% in some cases, support can be difficult. Apple is notorious for making it challenging to repair your computers.

The predicament is not being able to get the same level of support that you would for a newer MacBook, but at the benefit of saving hundreds, sometimes thousands of dollars.

So what’s the difference between older MacBooks and newer ones?

Some MacBooks use the M1 Pro and M1 Max chips, which are obscenely powerful. If you’re using a MacBook to produce 3D images or videos or doing intensive video editing as a career or a passion project, you can use their power.

They average 16 GB of memory. For most applications, that’s more than enough. You would really have to abuse your MacBook to force it to use up all 16 GB (outside of creative applications, as we mentioned before).

MacBooks are great for professional use, but eventually, the power of newer models is unnecessary for normal use. Let’s take a look at just how powerful these newer chips are.

The M1 is Apple’s processor that moved them away from using Intel processors in its MacBooks. Introduced towards the end of 2020, these processors are extremely powerful.

The M1 is available in introductory MacBook models. In 2021, the M1 Pro and M1 Max chips were introduced. Here are some key differences you need to know about, feature by feature.

There’s a sea of differences between these chips. Your memory bandwidth is how fast your MacBook can actually read data. The higher the memory bandwidth, the quicker applications will load. You can also access files faster with higher bandwidth.

200 GB/s is more than most people will ever need by today’s standards. The M1 Pro and M1 Max are ideal for video editing and graphic design but may be considered overkill for everyday use.

Unified memory is described as an entire computer confined to one chip. It allows your GPU, CPU and remaining cores to communicate efficiently. It’s one of the perks of Apple creating everything that goes into its chip instead of mixing parts from various companies. This is what you need to know about unified memory.

Graphics control how your MacBook displays and renders video. It can also be used to run video games and support multiple screen setups if you want to use dual or triple monitors.

How the M2 compares to M1 chips

As you’d expect, the M2 builds upon the strengths and successes of the M1 chip lineup. The M2 doesn’t have an M2 Pro or M2 Max equivalent yet. Here’s a quick look at the M2 specs and how they compare to the M1 lineup.

The M2 holds a clear, measurable lead ahead of the M1 chip with 50% more unified memory and nearly twice as much bandwidth, but it’s not nearly as impressive as the M1 Pro. Let’s not count out the M2 just yet, though.

Increased speed and power usually come with higher power draw, but Apple claims the M2 delivers up to 40% more performance than the M1 chip while using half the power. While the M2 chip won’t be impressive to those who use an M1 Max chip-enabled MacBook, it soon opens the door for a much more impressive M2 Pro and M2 Max lineup.

How do these stats affect my experience?

Even the lower-end M1 will handle most applications with excellent power. You only need to look at higher-end MacBooks when you get into music production, video editing and other uses that can stress your computer.

Let’s talk about displays. You need more power to run higher resolution displays, and Apple definitely pushes the envelope on what these machines can do.

Apple changes the display resolution depending on the model. The newest 2022 16” MacBook Pro has a staggering 3072 x 1920 resolution with 226 pixels per inch, which gives you excellent clarity.

Having the hottest MacBook on the market may feel awesome, but don’t let the comparison game make you feel like you need a machine outside your means or beyond your requirements.

Older refurbished MacBook models are powerful and save you tons of money. Unless you need an insane amount of unified memory, you don’t need to go for the newest model.

Here are a couple of MacBook options that offer M1 and M2 technology. 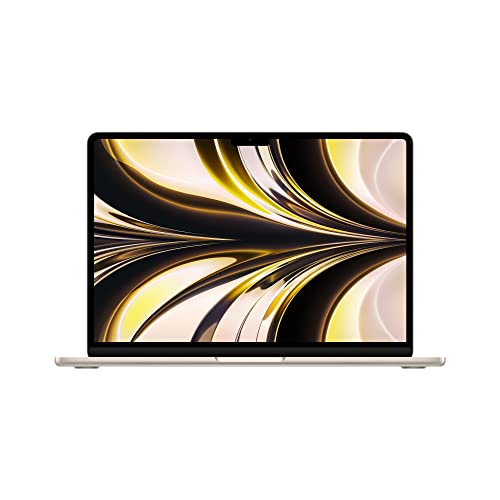 Have a MacBook and an iPad? Use this new trick to control both at the same time

Is your MacBook’s battery life draining overnight? Here’s the strange reason why

Small biz tip: How to see your competitor’s website traffic

Tech tip: How to schedule an email on Gmail, Outlook and Yahoo Mail

Winter car maintenance checklist: Do this now before winter arrives