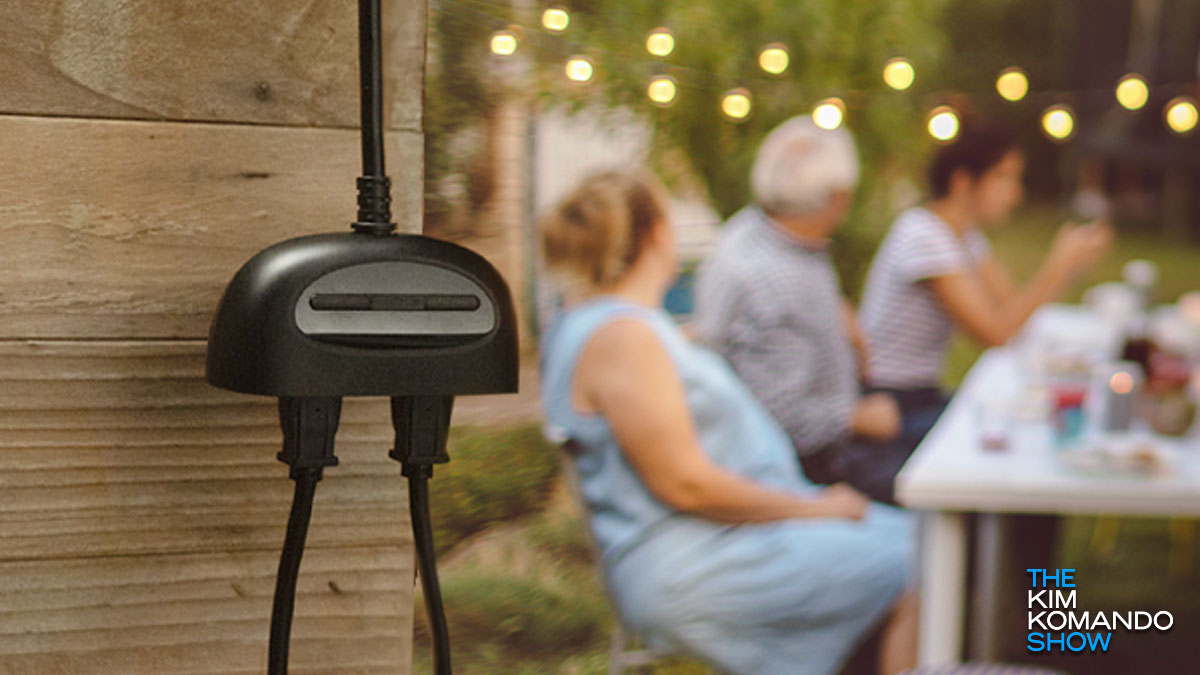 Smart homes aren’t limited to science fiction anymore, or just for people with money to burn. Just hook up an inexpensive Amazon Dot smart speaker and connect it to a smart bulb or two on the same Wi-Fi and you’re well on your way.

Smart plugs have become another integral part of the smart home experience. Tap or click here to find out how I use one and a basic lamp to let others in the house know I’m in a meeting.

What you might not know is outdoor smart plugs are becoming more common, too. But do they work as well as their indoor counterparts?

Why do I need a smart plug outside?

My family and I live on the outskirts of a Phoenix suburb, where there’s a beautiful desert landscape and mountains on three sides. With the awesome scenery comes wildlife like coyotes, bobcats and owls.

Even with patio lights and a few spotlights here and there, my backyard gets dark. Keeping an eye on what comes into the yard is important because we have two miniature dachshunds, so let there be light.

I bought a few strands of string lights and ran them across the yard and around the patio, but who wants to constantly go plug them in every day? Instead of a basic timer box, I researched outdoor smart plugs and ended up buying the Kasa K400 double socket version.

I went with Kasa Smart (produced by TP-Link) because I was already very familiar with the brand, owning a few of its indoor smart plugs. I also wanted one that didn’t require any additional hub to communicate with my other smart home tech.

When the outdoor model arrived, I opened the existing Kasa app and within two minutes it was connected to my network. Even my Amazon Alexa app recognized the new gadget and it was ready to be set up for voice-controlled routines.

I set up new voice routines for both Alexa and Google Assistant because I have smart speakers from both companies. Now all I have to do is say, “Alexa, turn on the backyard lights,” and they light up almost instantly. I also set up the lights to come on automatically at sunset every night. Since it’s a connected smart plug, it adjusts the seasonal timing.

As I mentioned earlier, there are other options and some have additional features like energy monitoring. I didn’t need that in this case since I’m just running basic LED lights.

As far as this one goes, I’ve had it for a year and it’s worked flawlessly without ever losing connection or failing to respond. Of course, there are drawbacks, too. It’s designed to be outside, so it’s bulky. I would have also preferred that the power cord be longer so it doesn’t dangle from the outlet.

Still, would I buy the Kasa K400 Outdoor Smart Plug again? Yes, in fact I have added another one to the sundeck for additional lights. You also can’t beat the $24.99 price tag for what’s in essence two smart plugs in one because they can be set up and controlled independently.

One other thing — While the description says it’s supposed to withstand things like rain, I would advise you don’t leave it exposed to the elements. While I’ve personally had no issues, at least one reviewer on Amazon said water got into their smart plug and fried it.

If your smart plug is outside and uncovered, I recommend putting it in an enclosure like a SOCKiTBOX.